I rarely rip packs anymore, but when I do it's almost always Update.  Usually any cards from recent releases that I'm interested in can be fished out of dime boxes at the next show.  But there is still unquestionably a rush to opening a fresh pack.

And on a run to pick up cat supplies and clearanced Halloween decorations at Target over the weekend, I managed to sneak a couple packs in the basket.  And by sneak, I mean it was much more like a grown adult asking his wife if he was allowed a couple packs of cards like an 8 year old asking their mother.  Ah, married life.

I've never been a big fan of the "Update" format, at least in comparison to the glory of Topps Traded.  All the guys that switched teams mid season, in their updated glory.  And better yet, when Topps decided to make it a conveniently produced boxed set?  Well, aside from the fact that they managed to leave any Pirates out of the 1999 autograph checklist, and only 3 Bucs (all prospects) made the 2000 set...

But let's ignore facts!  This is nostalgia we're talking about here!  And as I pulled back the edges of the pack to remove the cards with expert precision, I soon remembered why I love to hate wax. 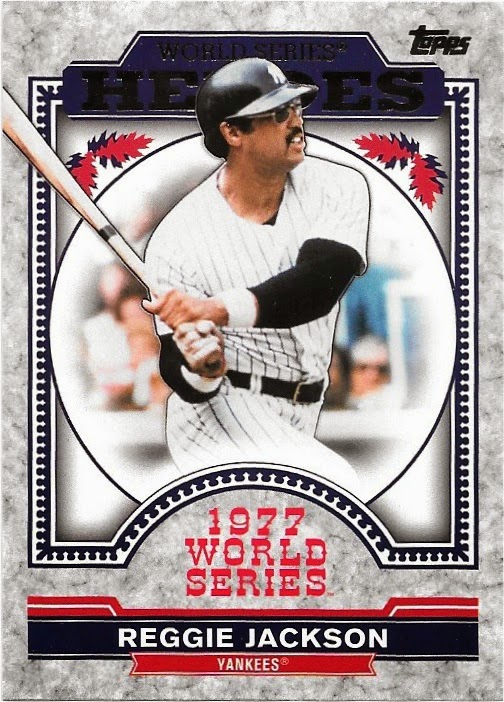 The inserts this year are surprisingly clean and well designed.  I say surprisingly because most Topps inserts over the last few years have looked like a Photoshop vomit on cardboard - lines, and circles and color splash all over the place, but so much so that you can barely focus on the photo.

But not the inserts in Update.  The designs are still a little busy in some of the inserts, but your eye still goes right to Mr. October. 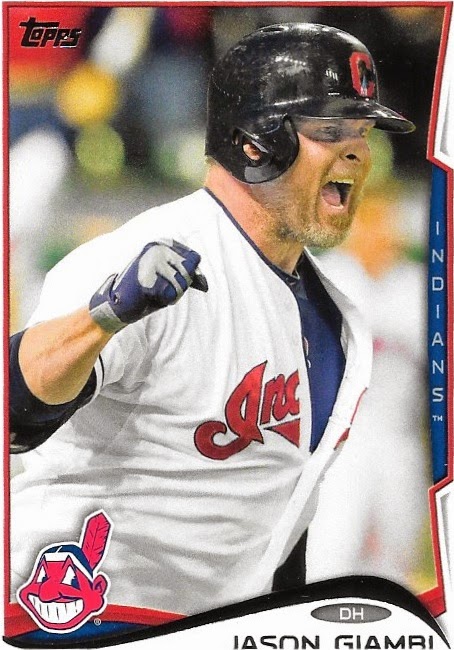 The highlight of my two packs was unquestionable this Jason Giambi base card.  It was just a plan old base card, but the fact that Jason Giambi is still kicking around the majors lets me conceivably believe I am still an 8 year old sorting cardboard.  See, one of those childhood commons seared into my brain is a 1994 Jason Giambi Collector's Choice card.

I still remember being over my grandparents one night while my parents were out, and having my 4 row box of cards there to sort.  This was one of my things - arranging and rearranging my cards, always sorted by team with the "coolest" players in the front and moving to the less cool in descending order.  This was maybe 1996 and Giambi was the hot new slugger for the A's, earning him a spot in the first 15 cards or so.

It's kind of crazy to realize he was still playing in the majors this season. 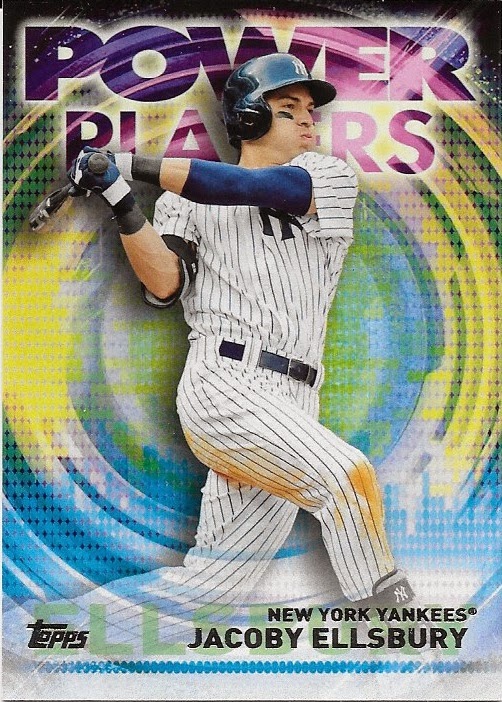 While the design is a little "photoshop vomit," the foil board on these Power Players inserts just screams early 90's to me.  Love it! 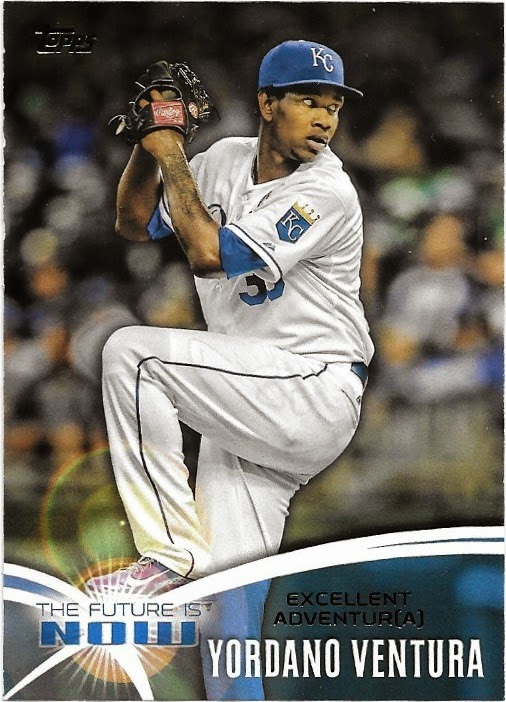 One of the things that struck me a bit odd was that of the two packs I opened, one had 3 AL All-Star cards, while the other had 3 All-Star cards of NL players.  Neither pack had any rookies. 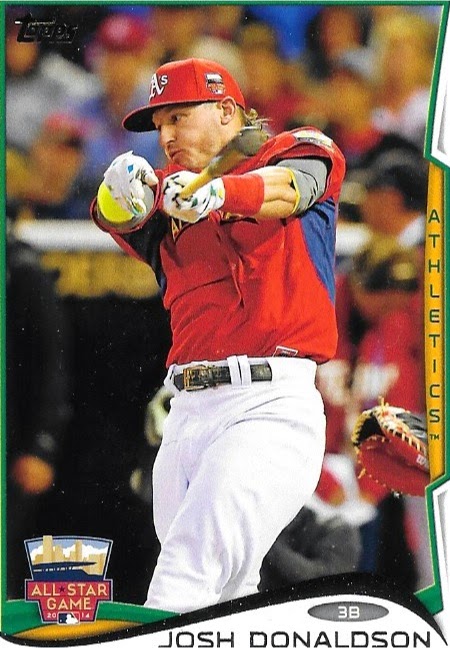 My Pirates update cards from a group break should be in any day now, so I'm actually happy I didn't pull any Buccos.  And while I loved ripping a few packs, it was just enough to take the edge off and remind me why I'm better off pulling the cards I want out of a dime box next month.
Posted by Mark at 7:00 PM