An Autograph a Day, Part 6 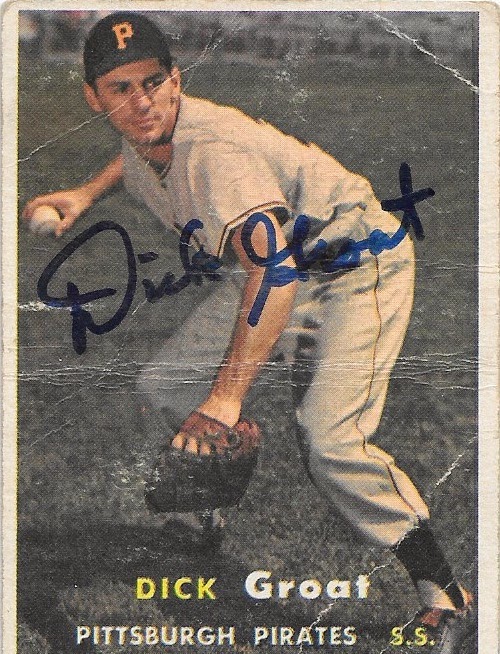 I spent way too much of my day sitting at the tire place getting a new set of tires on Kate's car, so forgive the lack of words in this post.

Dick Groat is perhaps one of the least famous MVP's in baseball history.  But he was one heck of an athlete, starring at Duke and playing one seasons in the NBA with the Pistons.  He's the member of the College Basketball Hall of Fame, and has been a play by play man for college basketball in Pittsburgh for the longest time.

He was also born and raised in the same steel mill town that my dad grew up in about 5 miles down river from Pittsburgh.  He was the Pittsburgh kid long before Neil Walker was even an afterthought.

Another musing side note - I have two copies of Groat's '57 Topps...the one I got signed was creased to hell.  The other copy I own is trimmed, with all the borders cut off.  But that gives them character, right? 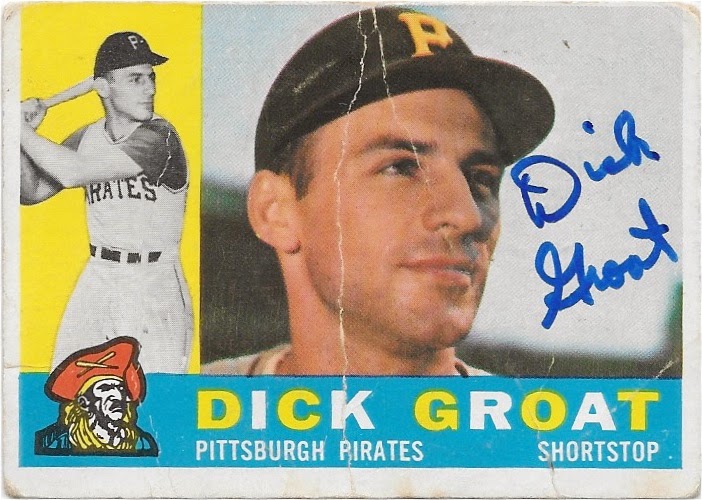