An Autograph a Day, Part 4 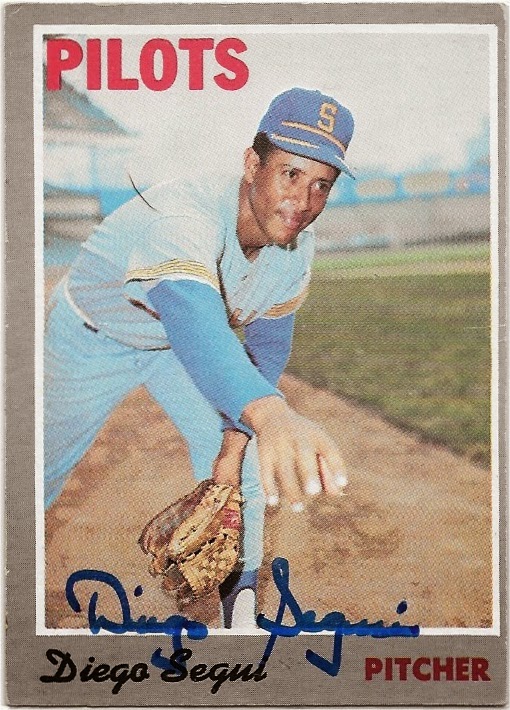 Alright, the one a day thing went down the tubes when my scanner decided to crap out on me.  But we're back and ready to go.   And this is one cool autograph.  Or perhaps I should say the cardboard it's on is awesome.

You could say Diego Segui was a pretty well traveled guy by the end of his baseball career.  And he has the distinction of playing for both Seattle teams, perhaps a feat that no other player accomplished (though I'm not quite motivated enough to check on that). 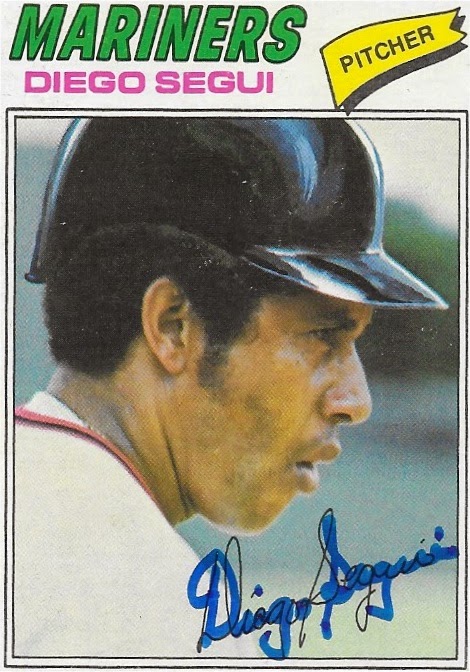 Segui had perhaps his best season for the Pilots in '69, and eventually found his way back to the Emerald City in '77 with the Mariners.  And while Topps apparently never came across a picture of him with the M's (the photo is pretty clearly from his Red Sox career), the Pilots card instantly becomes one of my favorite non-Pirate autos. 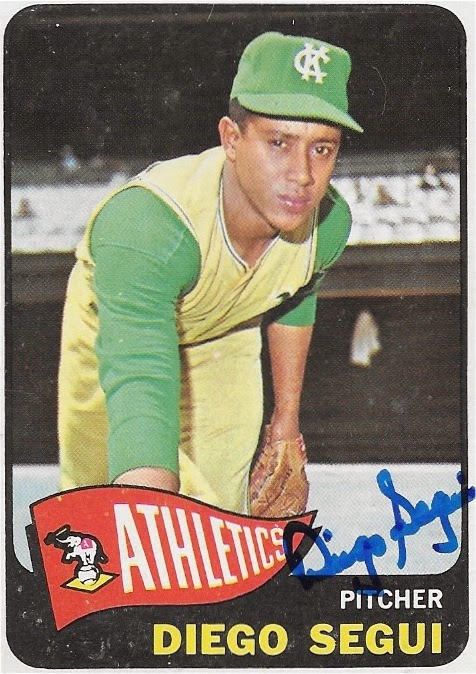 Apparently all that baseball paid off though.  Diego is the father of longtime 1B David Segui, who is also a fantastic TTM signer just like dear old dad.
Posted by Mark at 9:05 PM