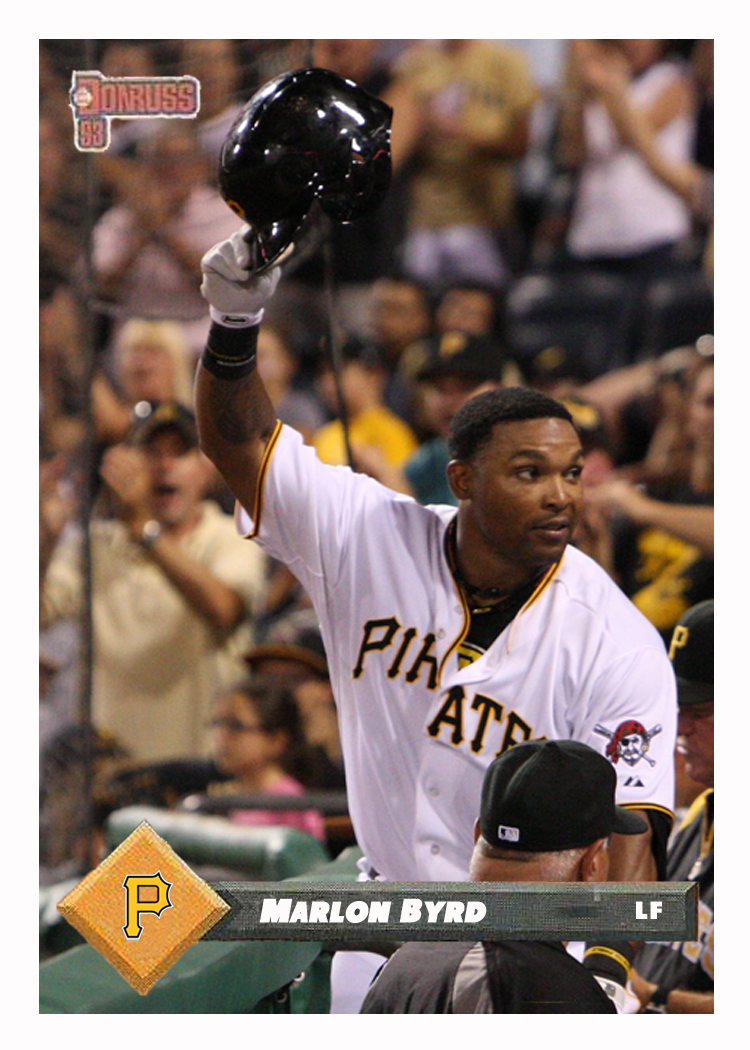 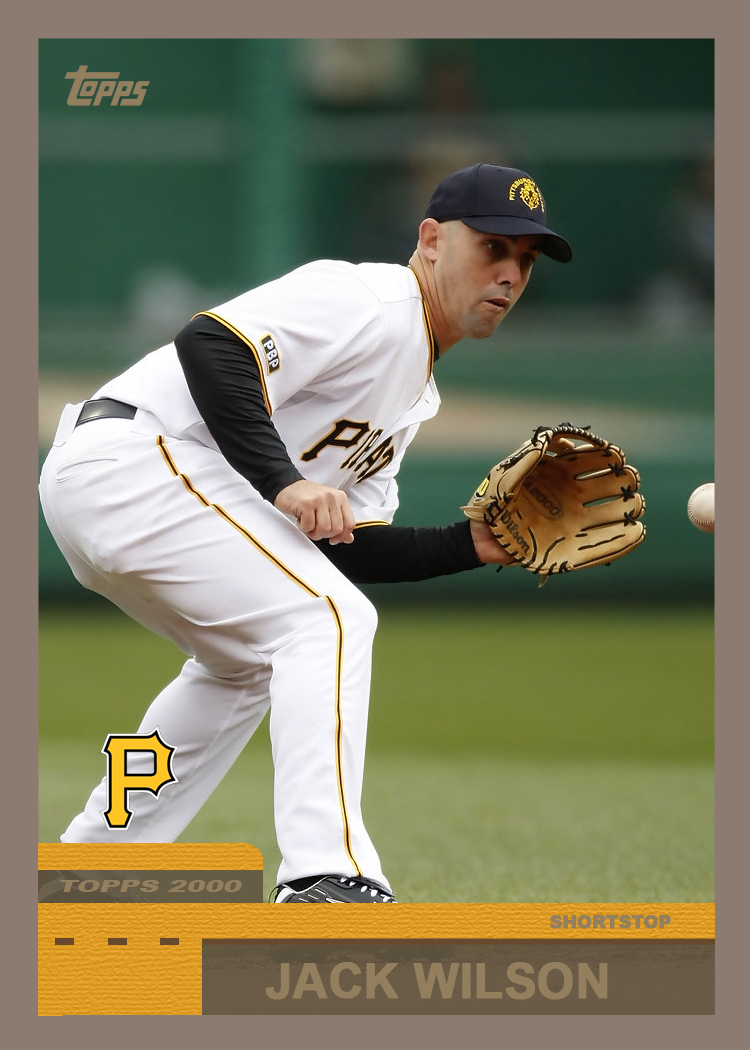 I used to make custom cards pretty frequently.  It was a cheap and efficient way to get an autograph of a player as a Pirate if they didn't have any cards in black and gold.  After a while the novelty wore off, and I haven't really done anything with customs in the last 3 or 4 years.

But a friend forwarded me the photoshop template for a few designs to play around with, and it was more fun than I remembered.  That's quite probably because my photoshop skills are a lot better than what they were a few years back, and I'm a little more proficient with working with complex layers and effects.

I decided to play around with a few designs for fun, and ended up putting together 2000 Topps and 1993 Donruss designs.  They're far from perfect - the font on both cards is still driving me mad after hours of downloading and testing different fonts.  In particular, I have zero clue how to replicate the gold foil stamping on the 2000 Topps.  But it was a lot of fun, and I'll probably be printing out a few sheets of customs to get signed soon.

The Byrd photo is from a curtain call after hitting a homer during his first game with the Bucs.  The Wilson photo came from a 2009 game (very early in the season, if I recall correctly) whre the Pirates wore Pittsburgh Police caps to help raise money for the families of a trio of local officers who were killed during a shootout.

I'll try not to go overboard on the customs...but they are fun.