Baseball has always been a game that spanned oceans.  But with the exception of some WBC cards, it seems that card companies have largely ignored that issue in recent years.

Panini's recent Cooperstown release brought back the international feel with their International Play insert set.  It was a nice surprise to find the well-traveled Bert Blyleven pictured as a Pirate (well, it is a Pirate jersey, under all there).  Ok, so maybe Bert isn't the greatest example of an international star.  But how often do you see the Netherland's flag on a piece of cardboard? 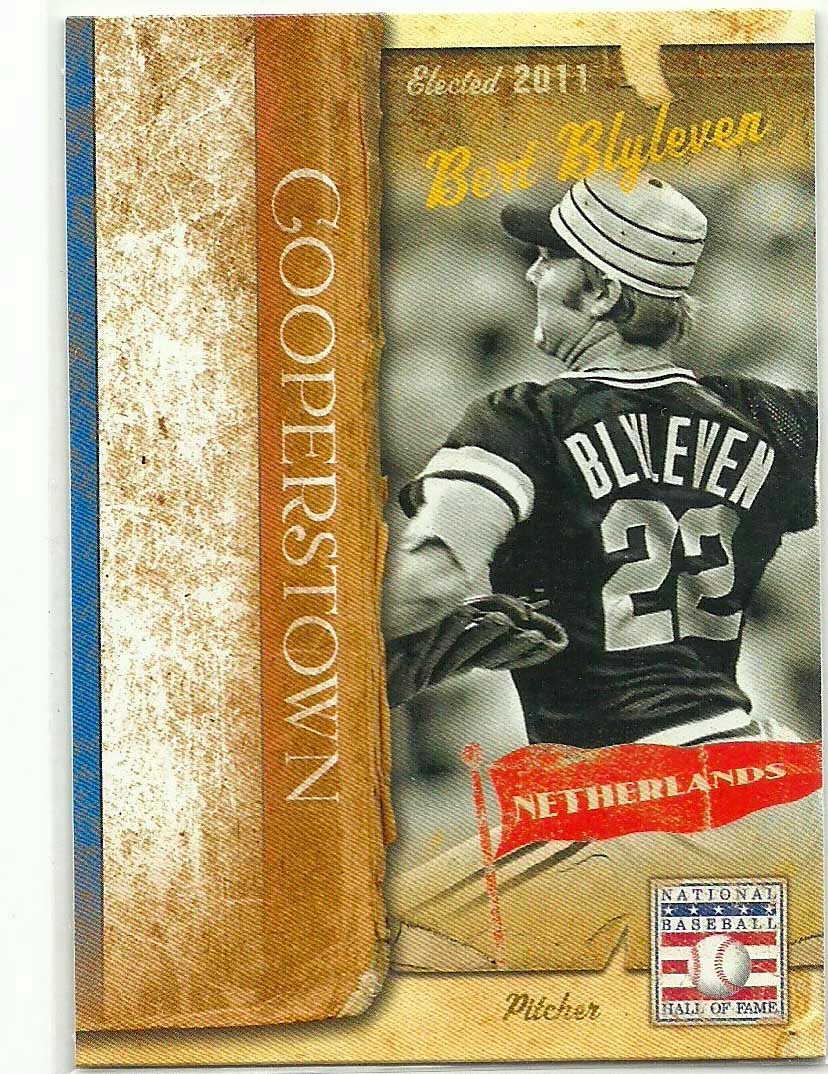 Though the card is pretty heavy on graphics, it's still a cool recognition of the continued global feel to the game.  Say what you will about the lack of logos, but Panini has left me a happy camper after this release.