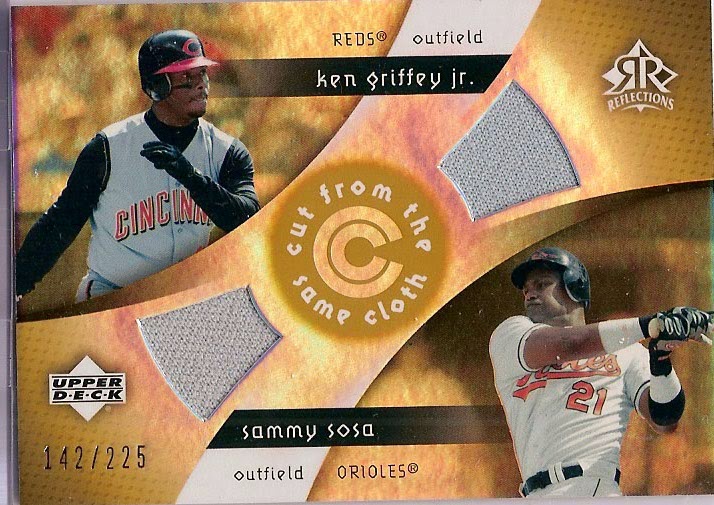 The 90's came and went in Pittsburgh.  And while fly balls went zooming out of most ballparks, the steroid era never really touched the Burgh.  As name after name and report after report have surfaced in the following decades, the Pirates managed to remain pretty squeaky clean.  And for good reason.  Home runs were few and far between for the club.

So the home run explosion was watched from afar, and much of the awesome cardboard that went along with it remains absent from my collection.  But it was always nice to hit something of those 90's stars when I used to rip wax.  This dual gu of two of the biggest stars of the time came out of a box of '05 Reflections, and the cards did look awesome.  Neither guy is in the jerseys I'll always think of them in, but still a nice little piece of baseball history.