You know all the great things I've said about 90's cards?  Well I feel the complete opposite about the preceding decade.  The 80's were a cardboard wasteland for the Bucs, capped off by the Pittsburgh Drug Trials and the Pirate Parrot dealing coke out of the dugout tunnels.

Speaking of which, we also had Lee Tunnel, adding insult to injury. 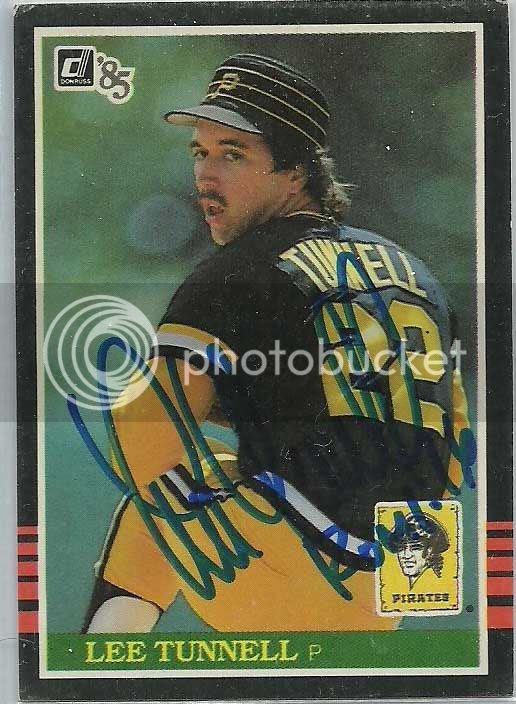 Still, there were some gems that came from the decade.  And they've been sadly under-represented on here to this point. 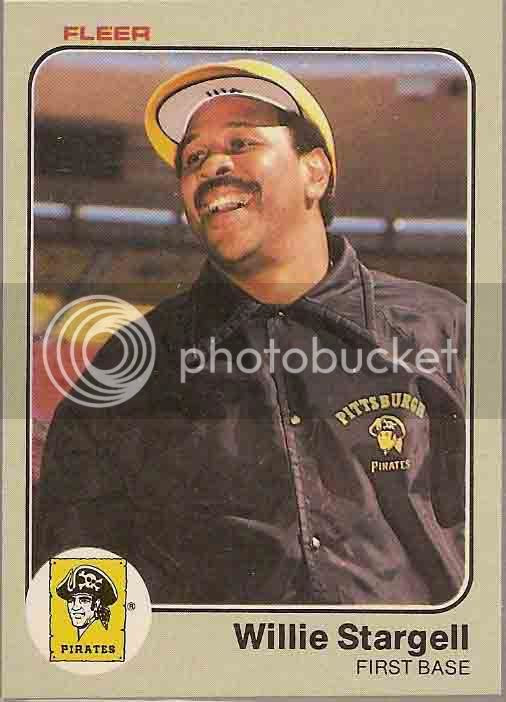 But this '83 Fleer card of Pops really captures the essence of the guy that was the heart of the team throughout the post-Clemente 70's.  And after he left, it's not really all that surprising that the entire franchise fell apart.

I love this photo - vintage warmup gear that looks more like it's straight off the department store rack than today's super duper high end on-field gear.  Add in the upper deck of Three Rivers, where Stargell dumped many a ball, and it only adds to the card.  For a set that didn't offer much aesthetically, this card is a real gem.
Posted by Mark at 1:38 PM