Remember how I used to think countdowns are kind of trivial?  Well, turns I was wrong.  They're kind of fun to do (though I still think the difference between 16 and 11 is pretty subjective), and turns out the blogosphere likes 'em too.  I think my pageviews yesterday doubled what they had been for the rest of the month combined.  If you write it, they will come?

Anyway, we're back into the second installment of the countdown.  This was actually pretty fun to put together.  Pittsburgh has always been an interesting sports town - sure, there are lots of fair weather fans, but there the city also has a strong streak of rooting for the blue collar, hard nosed guy who just...isn't all that great.  Think of Rudy without the annoying Notre Dame connections.

Reese was one of those "latest, greatest" free agent signings.  The Bucs were coming off an incredibly underwhelming 2001 season, and Reese himself had been pretty disappointing in '01 just a year after the Reds had refused including him as the centerpiece of the Ken Griffey trade.  Speed, decent pop, and amazing defense.  Good bounceback candidate, right?

Well...kind of.  His average continued to slip, and with it went the pop and steals.  Pokey played some fantastic defense, and was a blast to watch.  But we all know Gold Gloves aren't reeeally about defense. 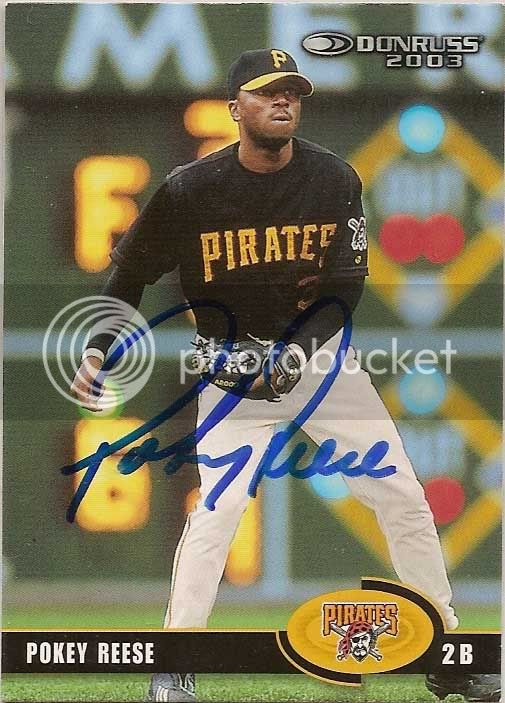 He managed to win a ring with the Sox in '04, but like so many other Bucco free agent signings, he was out of baseball after that.

Rincon didn't even play in the states until his age 27 season, jumping to the Bucs from Mexico.  But he undoubtedly proved to be the gift that keep on giving.

Before the '99 season the Bucs traded Rincon to an insanely deep Cleveland team for Brian Giles.  Giles put up some of the best single seasons in franchise history before being dealt for Jason Bay and Oliver Perez.

Perez kicked a laundry cart, was banished from the face of the planet, only to work his way back into the graces of the universe where he was allowed to become a lefty specialist.  Jason Bay his balls really far (though never into a river nor a bay), until being traded for a bunch of players who didn't pan out and current late innings reliever Bryan Morris.

So for those of you keeping score at home: Ricardo Rincon = Brian Giles, Jason Bay, Oliver Perez, and Bryan Morris.

We can only hope eventually Morris will be dealt for another wave of prospects, keeping the Legend of Ricardo alive.

Along the way he also delivered the greatest moment of the late 90's for the Pirates, teaming up with fellow Mexican League import Francisco Cordova for a no hitter 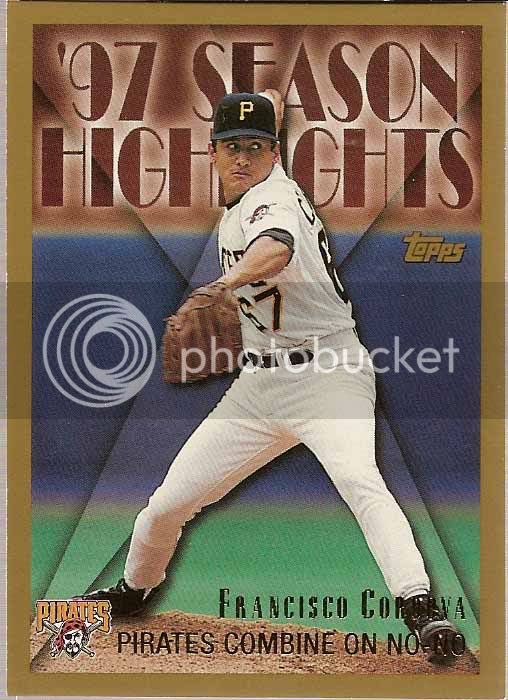 Admittedly it is a bit strange to see a former MVP on the list of lovable losers.  But Bautista spent pretty his entire Pirates career in the dog house.  GM Dave Littlefield decided to leave Bautista unprotected during the 2004 Rule 5 draft, setting in motion a comedy of errors that would see him suit up for 4 teams and rack up just 88 ab's during the 2004 season.

Bautista always looked like a solid player (though nowhere near the level he would reach with the Blue Jays), but was always blocked by...somebody.  Despite his versatility, able to play the corner positions, he managed to get blocked by Jeromy Burnitz, Matt Lawton, Joe Randa, Jody Gerut, Nyjer Morgan, and the Energizer fucking Bunny at various points in his career.  He saw significant action for a few seasons, but was set to be a non-tender candidate before being traded up north. 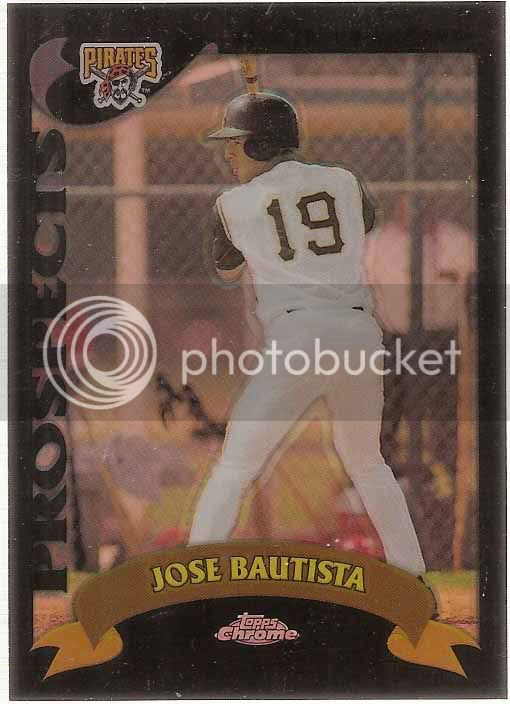 The lesson here?  The Pirates aren't allowed to have nice things.

Delwyn Young makes the list for pure effort.  Young came to the Bucs from the Dodgers in exchange for $1.  No there aren't zeroes after that. 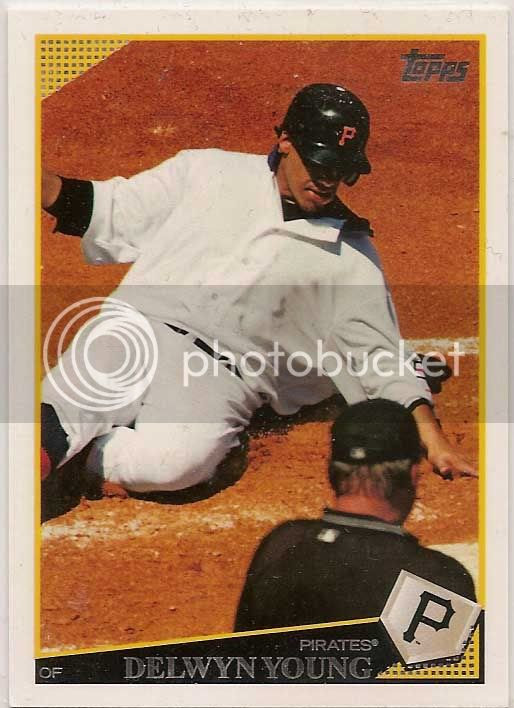 You know how sometimes trades say PTBNL or cash considerations?  Sometimes that's the nice way of saying, "here, take him."

Delwyn Young came to the Pirates as an outfielder.  And not a great one at that.  But the combination of sheer desperation on both parts (Aki Iwamura came to the club looking more like Hideki Irabu, and Delwyn recognized that he had to do anything and everything if he wanted to stay in baseball) ended up in Delwyn Young making 52 starts at second base.

You know, the one that is definitely not in the outfield.

You couldn't help but cheer for a guy who was willing to quite literally do anything he could to stick on a big league roster, even if the results occasionally left something to be desired.

He's just one of those pitchers that...existed.  He didn't do anything exceptionally well.  He didn't throw hard.  Or even average.  He didn't have great movement.  Or stuff.  Or...any talent that would appear to make you a successful baseball player.

And some days that showed.  But Fogg was perhaps the Pirates most consistent starter for most of the mid 00's.  He was fun to watch, because he didn't seem to be too far from that 3rd starter you faced in high school.  Yet...this guy was in the big leagues. 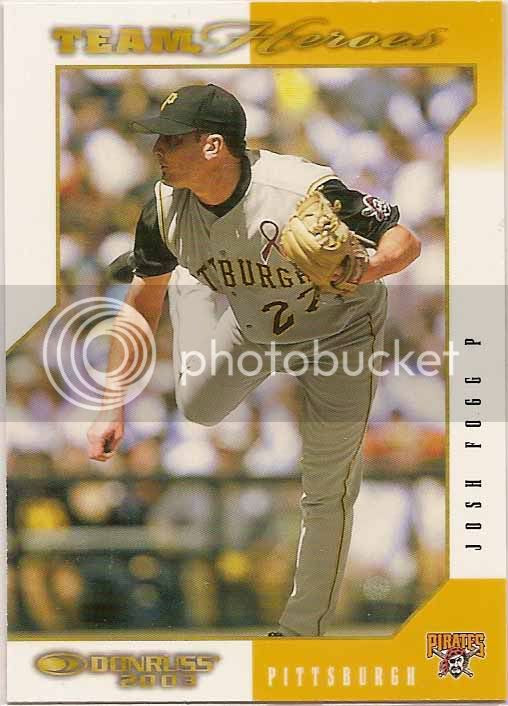 And yes, if you're still keeping score that is yet another player in the "Unspectacular Ex-Pirate Who Managed to Have Postseason Success for Another Team" category.