You can cite all the fun facts you want or namedrop as many obscure players as possible when discussing the Pirates now broken streak of losing seasons.  Yes, it sucked.  A lot.  But just because the players wearing the black and gold weren't exactly Cooperstown bound doesn't mean there wasn't some fun baseball to watch.

I'll be counting down the 20 lovable losers that put on the Pirate uniform since 1993.  They won't be the best, and they won't be the most recognizable.  But (in most cases) they were still fun to watch.

Burnett makes the list for sympathy points.  A first round pick in 2001 out of high school, Burnett blew through the Pirates system, making his major league debut at 21 in 2004.  And then he blew out his arm.  He was instantly a fan favorite in 04, though his 13 starts had mixed results.  You couldn't help but root for him as he made his way back to the majors as a reliever in 2008.  His stay would be short lived, getting shipped out in the 2009 mideseason trade for Joel Hanrahan. 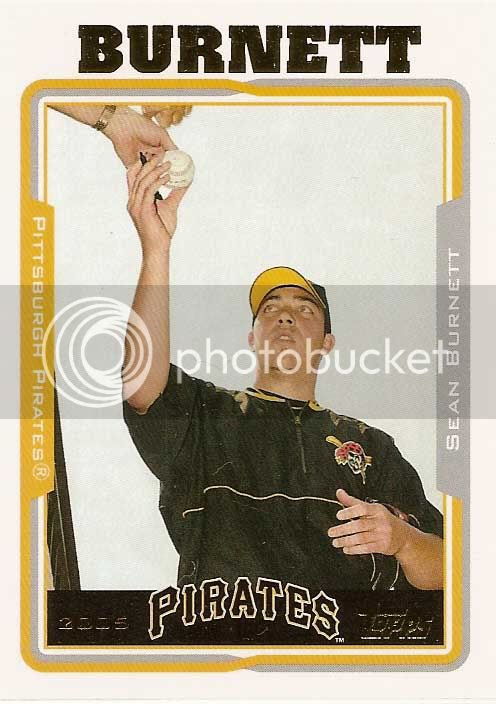 Hayes was one of a long line of aging, declining veterans who latched on with the Bucs.  His '96 season wasn't particularly noteworthy, except for how it ended.  Catching the final out of the World Series...with the Yankees. 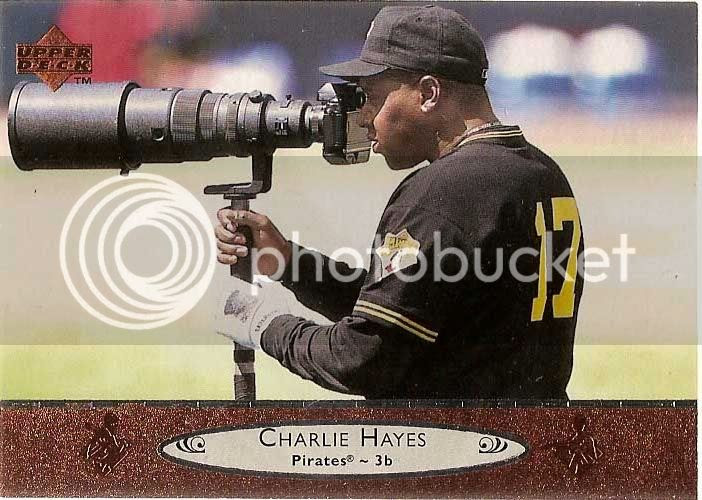 Nicknamed Big Country for his light tower power, he put on quite the show in the minors in 2005, hitting 40 homers between AA, AAA, and the bigs.  Of course that pesky inability to make contact would kill his major league career.  But those home runs...those were fun to watch. 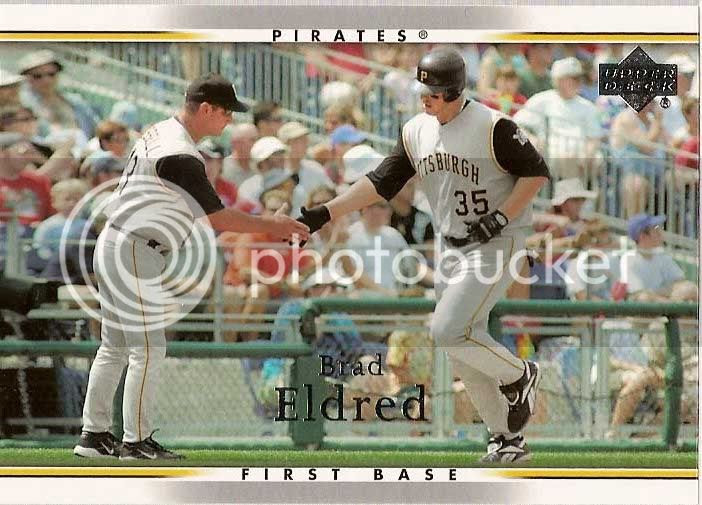 From highly regarded pitching prospect to poster boy for the rebuilding Bucs.  Cooke broke in as a reliever down the stretch with the 92 NLCS team, and posted an impressive rookie campaign as a starter in '93.  From there, injuries derailed his career.  Pitchers and Pittsburgh did not mix well, in case you couldn't tell. 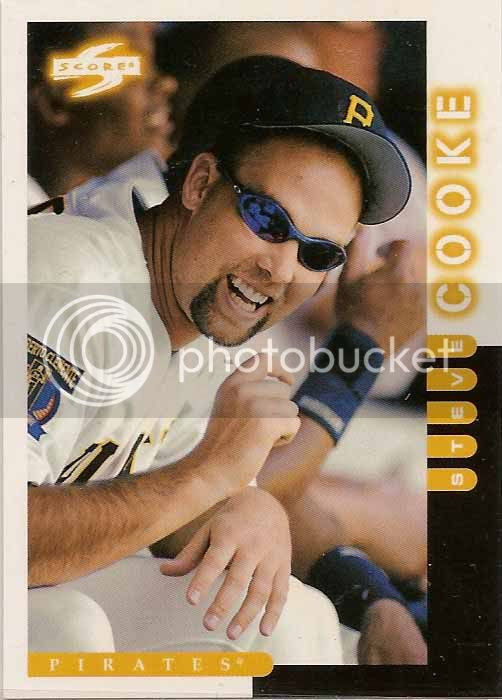 Allensworth was the first of a long, long line of wiry, speedy centerfield prospects who never ended up being more than a flash in the pan.  A minor league batting champ, his speed and ability to hit for average never really translated in the majors.  But his '98 Topps photo is absolutely awesome. 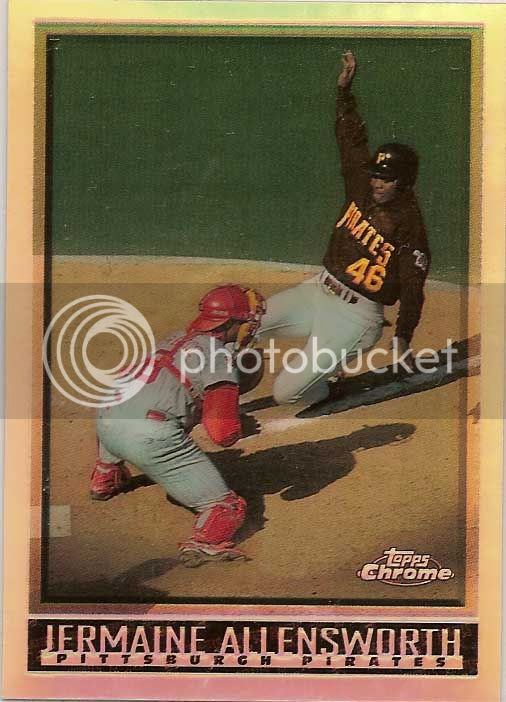