Now that the moving is done, apartment is unpacked, and wedding is just around the corner, there's only one thing to do: open mail.  I still have a few stragglers waiting for me at my parents' house, but my most recent purchases are finally coming directly to me.

And while my buying has been scaled back quite a bit since leaving Ohio, I managed to fit in a few low cost, high awesome pickups.


My only ebay win in 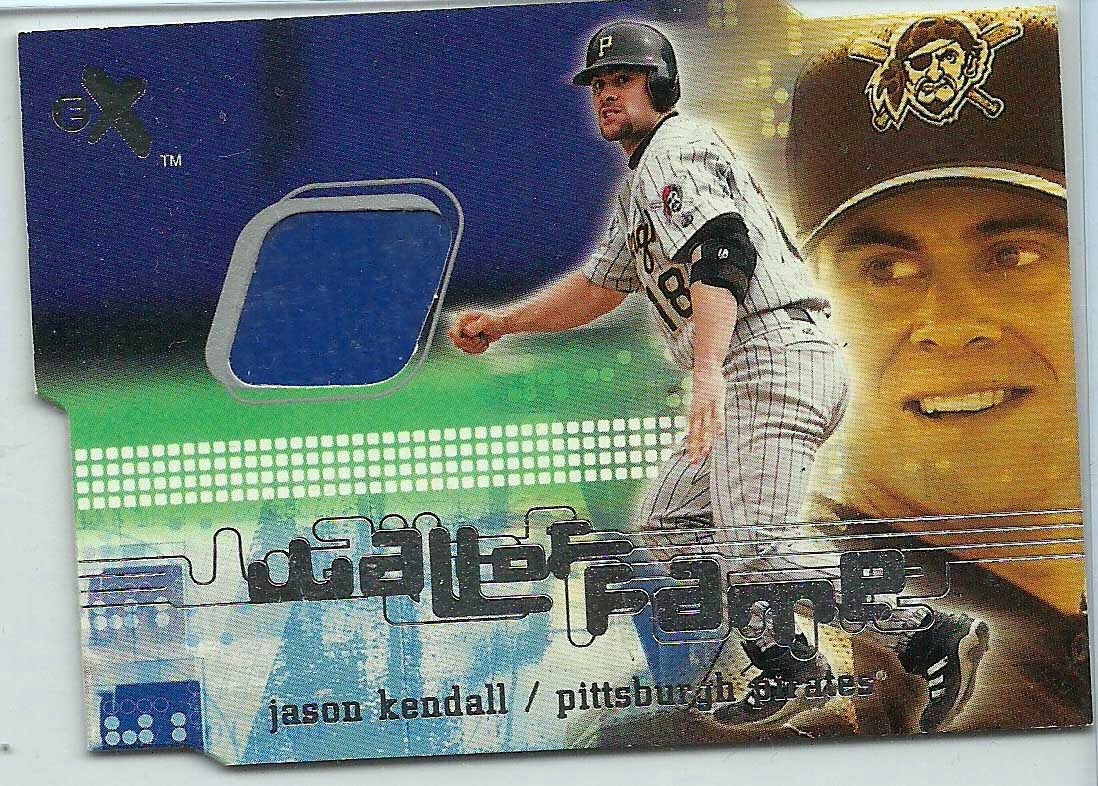 quite a while, I had been after this one for quite some time.

I won the card for a mere $1.50 shipped.  I knew I'd be getting the PWE treatment, which I don't mind.  But it can be hell on gu cards.  Lucking, this beauty showed up in a toploader in pristine condition.  The sorting machine gods smiled favorably upon me.

I've fallen dreadfully behind on new releases.  But while checking out some of my favorite online opium dens, I found a brand-spanking new Wandy Rodriguez auto from Prizm for a mere $3.  It's his first (and quite possibly only) auto as a Pirate (albeit with airbrushed logos), so I had to snag it.  And while I'm at it, why not add some cards from 2013 Panini Cooperstown to get me up to the free shipping threshold. 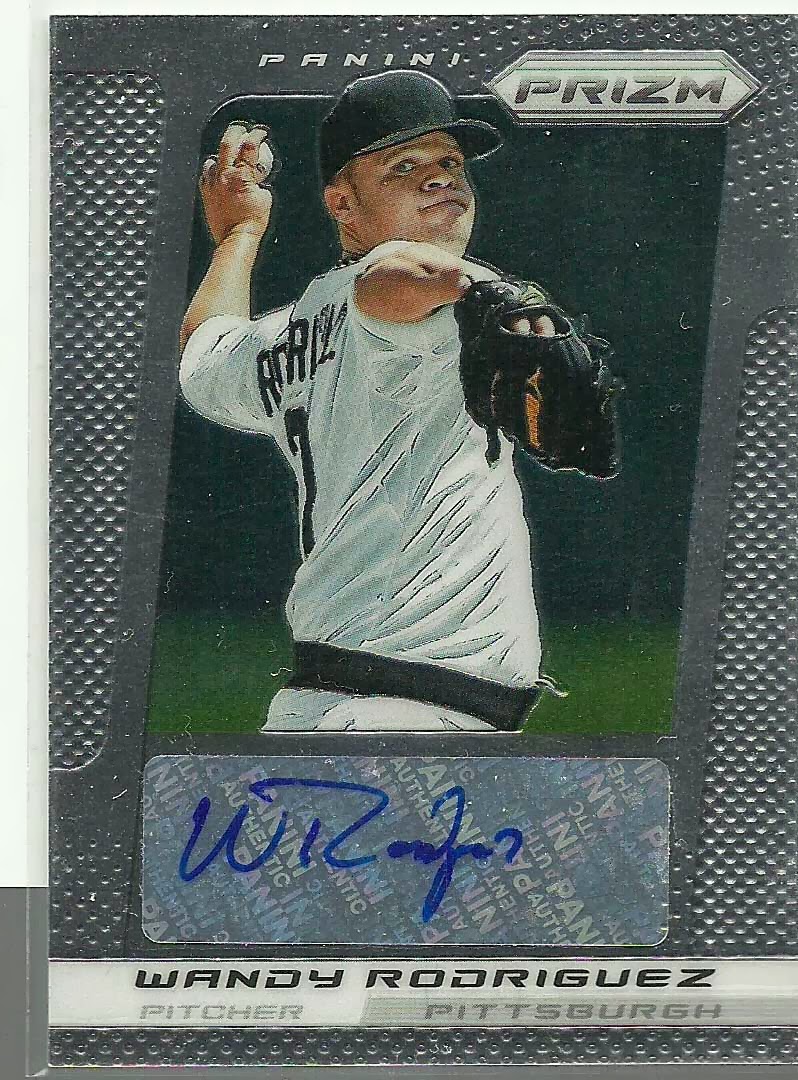 I found it amusing that while it seems pretty clear Wandy is in the Bucs Sunday '71 throwbacks, they swapped out the gold hat for an airbrushed black version.

But the real gems were the Cooperstown cards.  Goose Gossage spent one fantastic season with the Bucs, but was spurned in his one shot to make it on black and gold cardboard.  Though I have his auto in a Yankees uni, it's just not good enough for me. 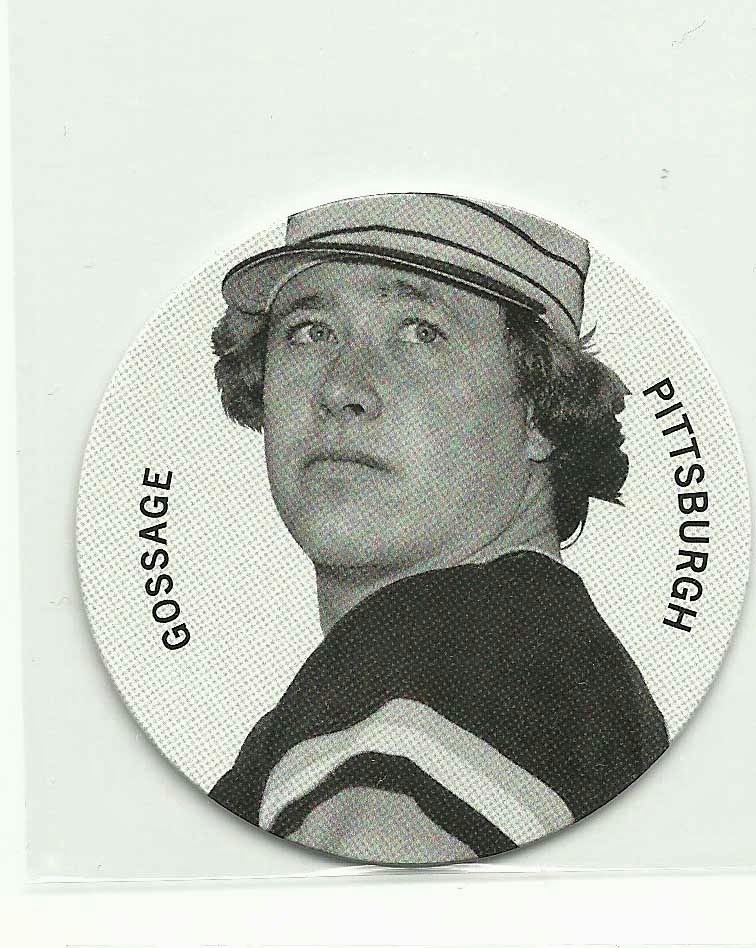 These disc cards are awesome (though they bring back some bad 90's memories of Pogs), and the player selection is great.  You'll be seeing a few more of these in the days to come.

One of the real gems of last year's Cooperstown release were the Crystal cards. 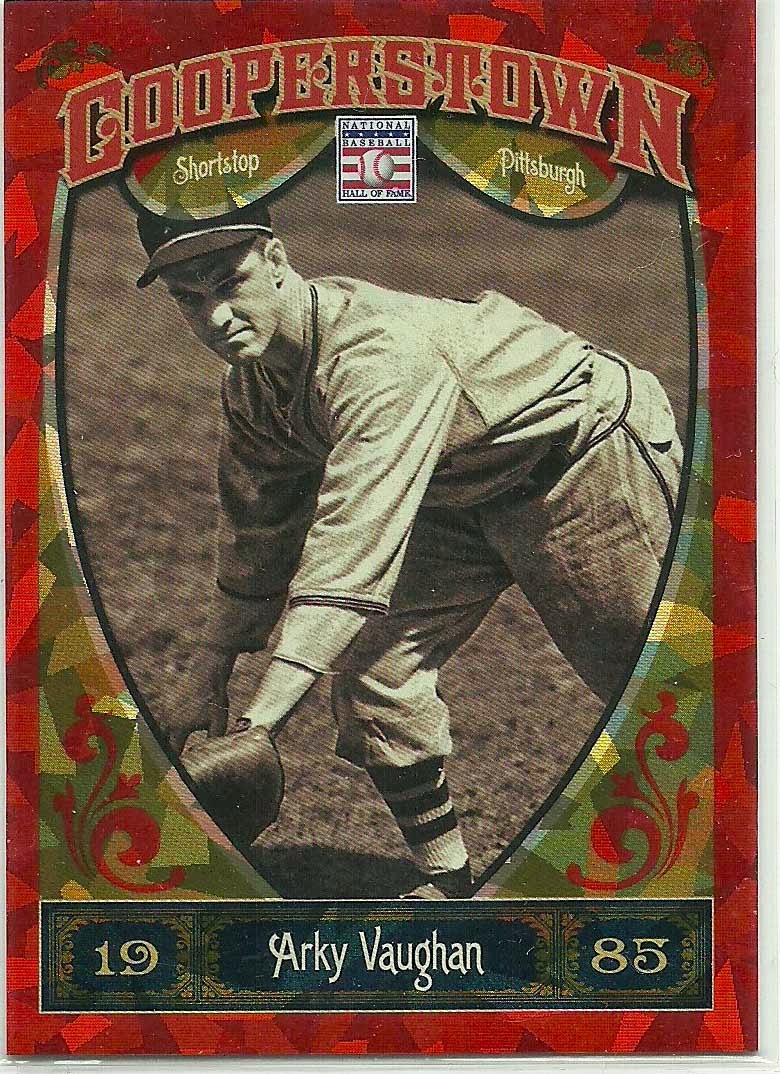 Though they certainly have some 90's feel to them, they're perhaps one of the few new additions to the hobby that are relatively new.  Well, not that I'd call foil cards new.  But the pattern is part foil, part Atomic refractor, and all around awesome.  The Crystal Reds look great this year. 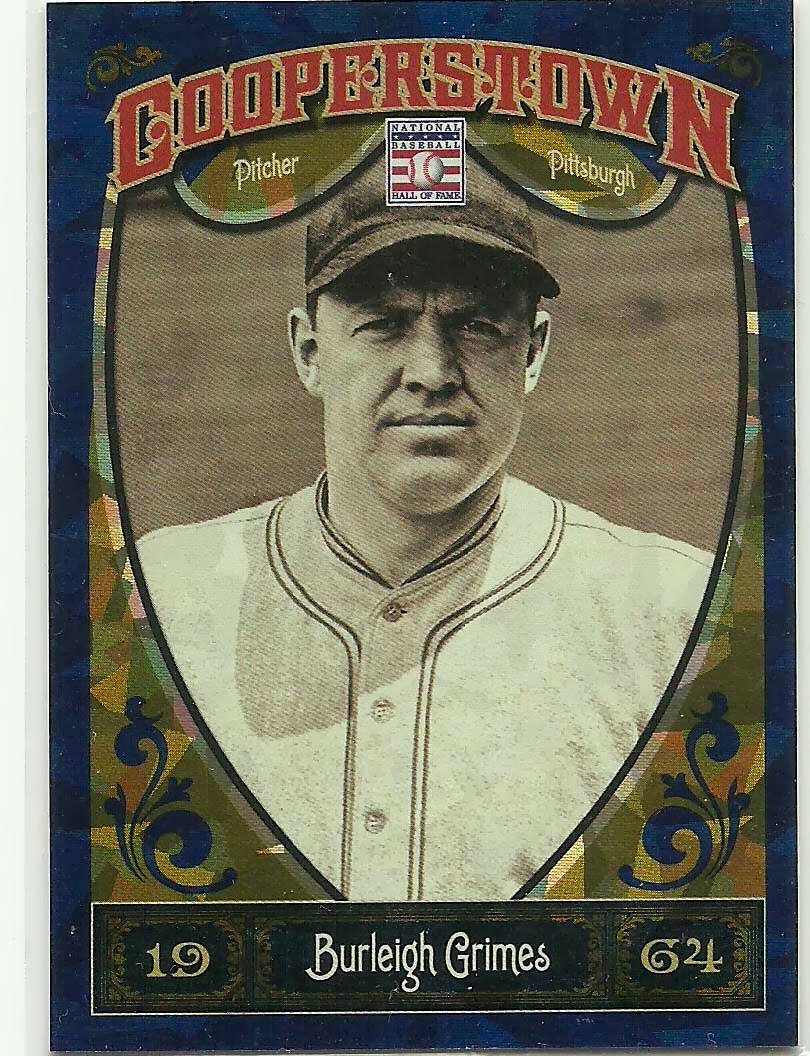 But the Blues appear much darker this year than last, and I'm not crazy about the look.  Though I am excited to see a Pirate card of HoF'er Burleigh Grimes.

Unfortunately the newest Crystal addition this year, Green, really fell short of expectations.  Again the coloring on the cards is very dark, and I had trouble telling the difference between the blue and green coming out of the bubble mailer. 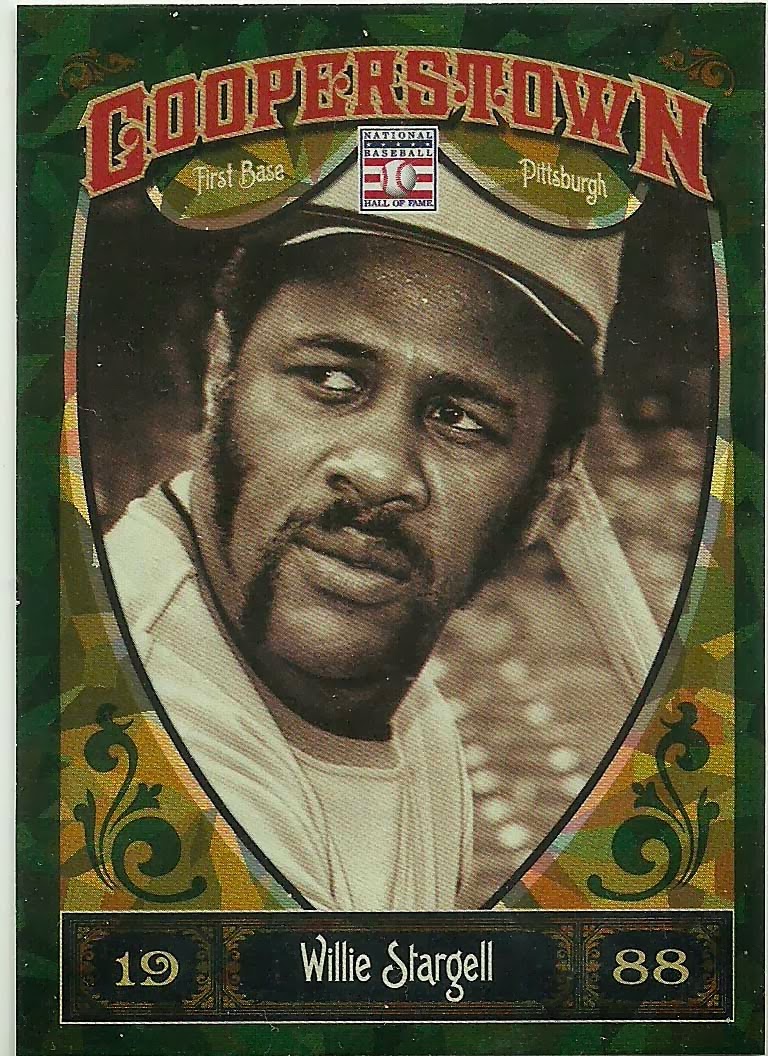 With that said, these additions blow 90% of the Topps cards I added this year out of the water.  Panini did a very nice job designing the cards and selecting photos that still looked great without logos.  Perhaps they should pass along some design tips to the design teams for their MLBPA releases.
Posted by Mark at 3:10 PM