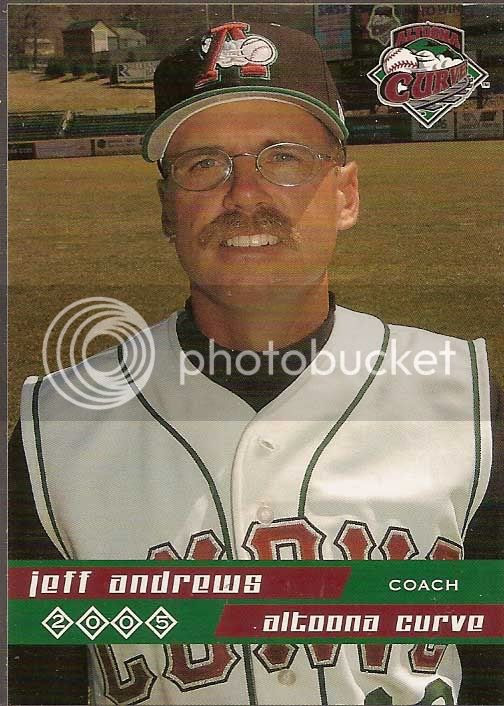 Much is made of the road players take through the minor leagues to the majors.  But it's often easy to forget that with rare exceptions, most coaches travel a similar path on their way to the big league bench.

I can't imagine what the journey must being like - working for years to reach the majors or upper minors, only to retire and have to work your way back up the ladder in an entirely new aspect of the profession.

Jeff Andrews spent one year as the Pirates pitching coach, coming away with decent success for the group of players he had to work with.

But prior to that, he worked his way through the Bucs minor league system, entering the organization as the AA Altoona pitching coach before being bumped to AAA for the 2006-07 seasons.

Making it to the major league staff in 2008 had to be a professional dream come true (and no more bus rides!), but that would be short lived.  In 2009, he would be back to AA, this time with the Rangers organization.