Unlike VH1 countdowns, I'll spare you the annoying commercial interruptions between each and every entry during the last five.  I mentioned this, but I think it bears repeating.  And if any of the Pirate fans in the blogosphere disagree, I'd certainly love to hear that as well.  But when your team is consistently, historically, and predictably bad for a time frame longer than the lifespan of most household pets, it changes to mentality with which you watch games.

The players listed on this countdown weren't ever the best player on the field (in fact, I'd dare say some of these guys never were, t-ball through the bigs).  But they were the guys you loved watching play game in and game out, even when you knew your team had no shot.  When you know your team is going to be on the losing end far more often than not, you find other things to appreciate.  The small things.  And sometimes the big moments felt even bigger.  A walkoff win felt like you had just won the World Series.  A great defensive play could make the game, even if it came in a 6-1 loss.

This team, hopefully with a nice playoff run, will be remembered by casual fans and diehards alike.  The average Yinzers will integrate A.J. Burnett and the Morneau trade into their sports lexicon for years to come.  They will inevitably misquote the details A.J. Burnett will become a free agent signing (rather than a salary dump trade by the Yankees).  Morneau will become "a trade with the White Sox or somebody."  They'll become casual fan factoids dropped into casual sports conversation by people completely and utterly talking out their ass who want to sound informed (I've spent the better part of two decades hearing about how Bobby Bonilla was traded to the Mets, which I knew to be factually incorrect by age 6 thanks to the back of my 1993 Donruss card).  But the guys on this countdown?  They probably won't ever get the recognition or appreciation they deserve.  A lot of these guys were just looking for a shot - the uniform or city probably didn't matter to them.  It was just a chance to play in the bigs when they probably wouldn't have for most other teams.  But for those of us who sat through game after game after game, any excuse to cheer and get excited was all we were looking for.

5) John Wehner - 1991-96, 1999-2001
No player embodies The Streak more than the original Pittsburgh Kid, John Wehner.   The Carrick, PA native defined term role player for Jim Leyland.  He came up as rookie when things were good, and spent most of the early rebuilding years bouncing between the majors and AAA.  You can't fault the guy for following Leyland to Florida in '97 where he picked up a ring.

And then it was right back to the Burgh.  He fittingly hit the last homer at Three Rivers Stadium, and logged 43 games with an atrocious team in 2001 before calling it quits.  From there he managed in the Pirates system before taking his thick yinzer accent to the broadcast booth as the team's 5th member, calling road games in place of Steve Blass. 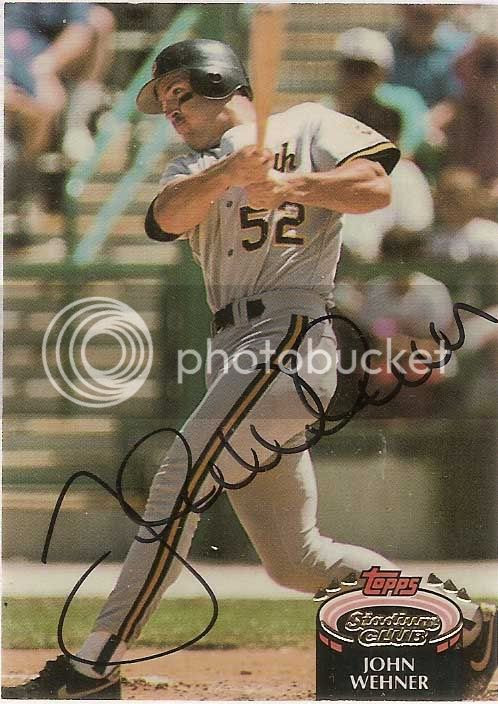 Everything about him screams Pittsburgh, from the accent down.  He's the kind of guy who probably had no business being in the majors to begin with, yet somehow managed to log 461 games across a decade for his hometown team.

4) Evan Meek - 2008-2012
Speaking of the underdogs, you can't beat going from Rule 5 pick to All-Star.  Meek came to the Pirates from the Rays in the Rule 5 draft, was returned, and then purchased back by the Bucs.

His early time with the team was rough, and he really only took on mopup duty.  Not that the '08 team was exactly loaded with talent.  But he made enough progress to stick in the pen in '09 before an absolutely wicked 2010 season.  He was the Pirates All-Star representative in Anaheim in '10, but was still one of the most personable and fan-friendly guys on the team despite his success.  Unfortunately 80 innings over 70 appearances took its roll, and he ended up on the DL the next season.  It's been a rough road back, including time as a starter for the Rangers' AAA affiliate.

But I haven't met many players that were more likable than Meek, and his sense of humor and interaction with fans was priceless. 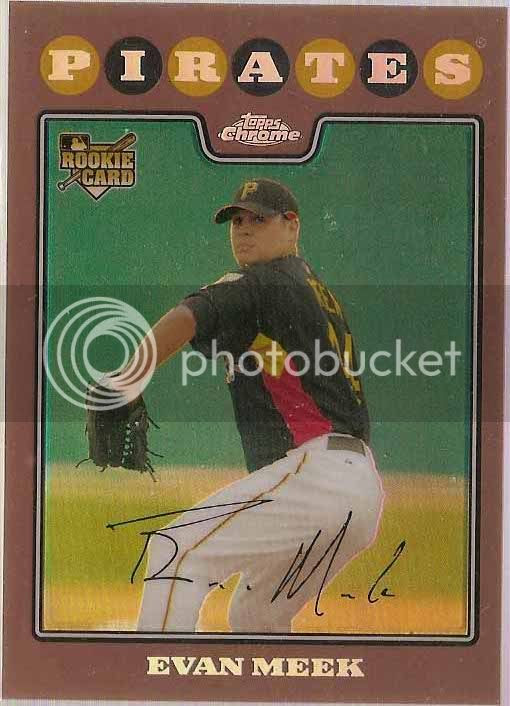 Flashes of hope.  That's all we really had for two decades.  And nothing flashed brighter than Duke's 14 brilliant starts in 2005.  The lefty pitched to an 8-2 line with a 1.81 ERA (and an astounding 233 ERA+).  Along with a talented crop of starters, there was hope even if only for a short time.

Duke was a better starter than his stats indicate.  Never close to his '05 form, but he had some very good starts.  On a team that would regularly have the starter knocked out in the 5th, he pitched 6 complete games during his 6 years in Pittsburgh.

And while he lost a lot more often than he won, I can't help but wonder if he might have looked a lot better with a stronger infield defense behind him. 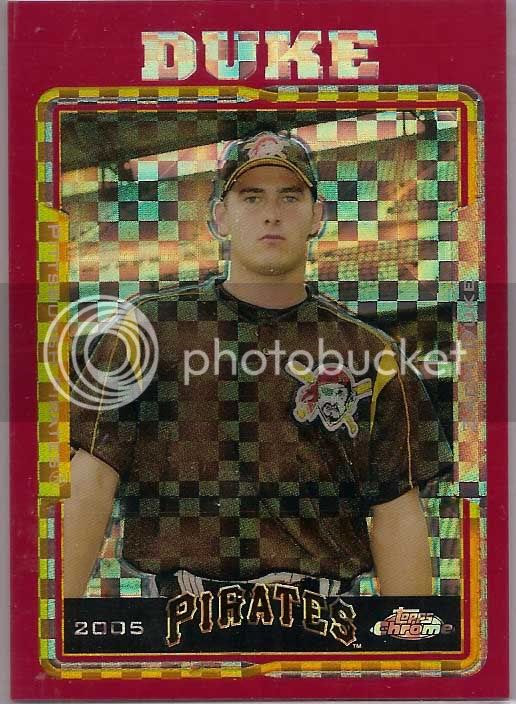 Can you get a scrappier, more working class name?  And Polcovich certainly played the part well.  The light hitting shortstop never slugged higher than .382 in the minors despite playing in some hitter friendly leagues.

He wasn't fast.  He didn't hit.  He wasn't even the smoothest fielder at short.  But there he was, shortstop on the unlikely contenders during '97's Freak Show year.  In 84 unlikely games, he managed to hit .274 with a .396 slugging percentage.  The unlikeliest of heroes.

By the next season he had turned into a pumpkin.  But I don't know if I can think of any player who in name alone personified the emotions and experience of Pirate fans.  He was a guy you just couldn't not cheer for. 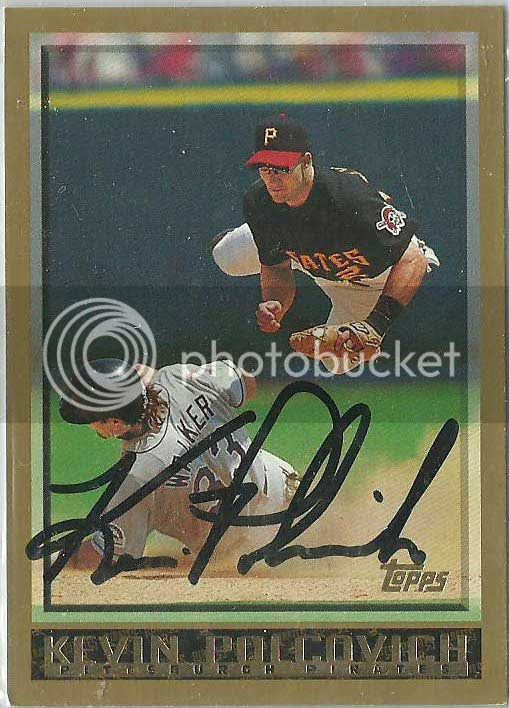 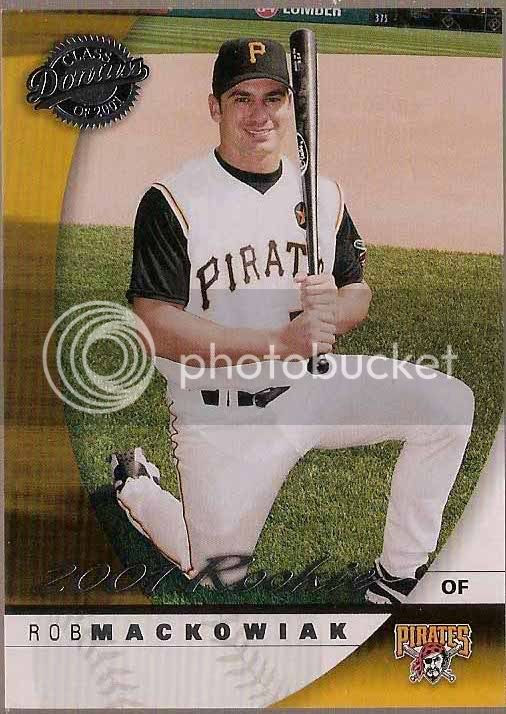 That's really all you need to know.  On May 24, 2004, Rob Mackowiak and his wife had their son Garrett.  Later that day, the Pirates played a double header with the Cubs.  Mackowiak was unexpectedly in uniform, belting a walkoff grand slam to win game one delivering a 9-8 victory.

Capping off the day, Mackowiak delivered a game typing pinch-hit homer in the bottom of the 9th in game two, which the Bucs would eventually win.

I vividly remember watching both games, and screaming like a crazy person after both blasts.  It was a warm spring night, and I remember going absolutely crazy around 10:30 or 11 when the second game ended.  With my bedroom windows open, the neighbors must have thought I was crazy, and my parents certainly did.

Frankly I have no idea what a playoff win will feel like.  I don't know how I will react or respond.  I don't know what kind of emotions to feel, waiting so long for something that always felt so far away and now suddenly is right in front of me.  I don't know if the years of losing will make it even sweeter, or make me almost numb.  But I know that if it feels anything even close to how I felt watching Mackowiak hit that home run, it will be one of the greatest non-personal moments of my life.  It wasn't a playoff game.  There was nothing on the line beyond two W's or L's.  But the elation from that moment is unquestionably one my favorite moments in sports.

That one hit sums up the entirety of what being a Pirates fan has meant to me.  Learning to cheer when nobody else can understand why you're that excited.