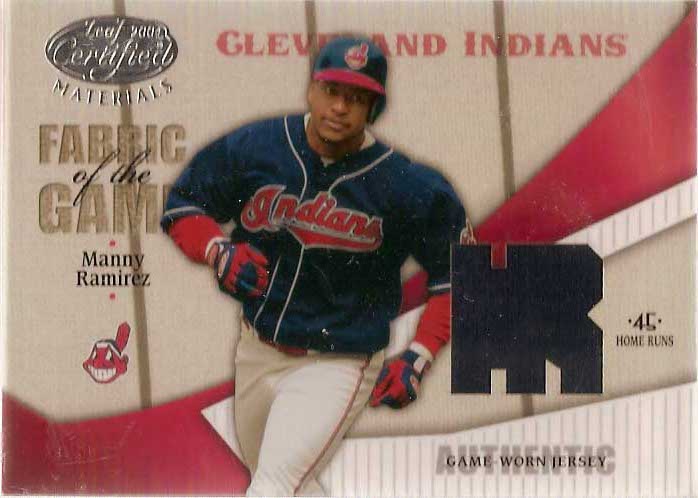 The game used phenomenon has come and gone, despite the fact that companies keep pumping the cards out by the thousands.  At this point, I look at relic cards as little more but glorified inserts.  If they're aesthetically pleasing, I'll add them.  But they certainly aren't something I pay a premium for.

Unfortunately, the entirety of my box breaking days came during the peak of relic-mania.  Those $50-70 boxes would yield one thrilling hit, now worth approximately the equivalent value of a loaf of bread.  And not even the good bread.  We're talking day old Italian here, folks.

Still, my box breaking days yielded some cool cards that for both sentimental reasons and the sheer fact that the cards literally are not worth selling at this point, will likely remain a part of my collection. 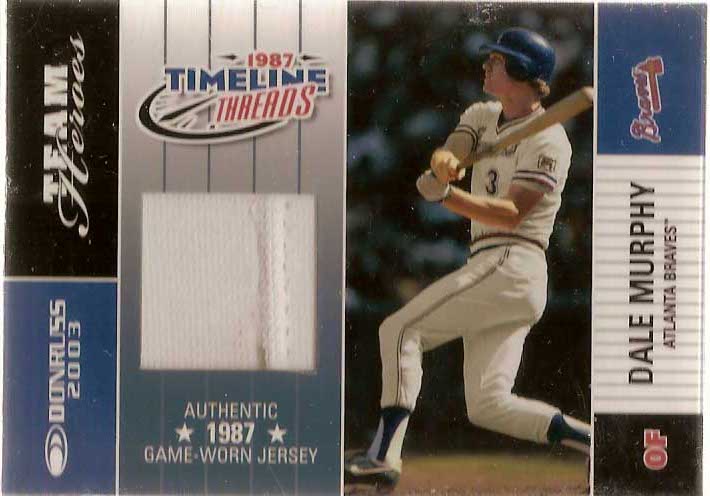 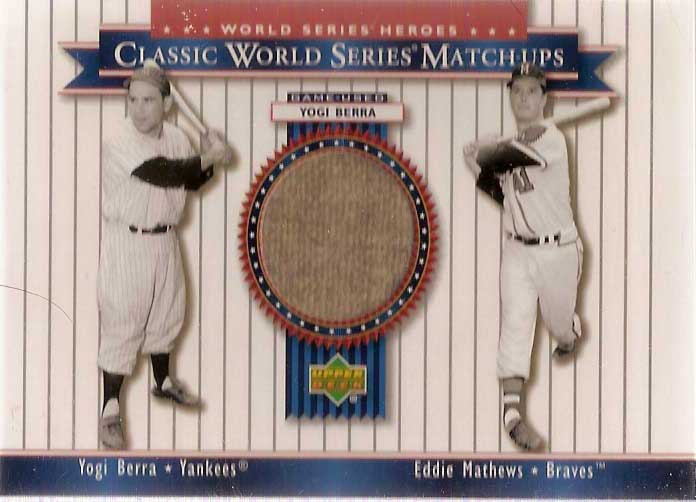 This Dale Murphy jersey card came from a box of 2003 Donruss Team Heroes, one of my all-time favorite sets.  What it lacks in vintage-ness (I believe this was the second most recent player on the checklist for the Timeline Threas cards, with the majority of the others being superstar HoF'er types), it certainly makes up for in uniqueness.  I love the distended seam that runs down the swatch, giving an already well designed card some extra character.

The Yogi jersey card is one of my favorite non-Pittsburgh pieces.  Yogi was my dad's favorite player, so it holds some special meaning to me.  On top of that, the card also features an awesome vintage swatch that looks even better in person.  It may not be as flashy as a patch card, but this chunk of Yankees road gray is perhaps the one area where game used cards got it right - putting a piece of baseball history into your hand.

The fancies of collectors seem to come and go in waves.  I doubt we'll ever see game used cards reach the fervor they did in the late 90's, or even the interest that some high end patches drummed up in the mid 2000's.  But I'll certainly enjoy the pieces already sitting in my collection.  After all, it's not like there's any reason to part with them.