The Other Colts (aka Why Weddings and Blogging Don't Mix)

I survived the wedding, but it will still be at least a few more hours before I'm no longer fighting the urge to crawl back into a bed and can write up a real post.  In the mean time...Colts!

Dave Giusti was a relief ace for the Pirates, and an overall good guy.  But he also happens to be featured with the Colt .45's on two awesome vintage pieces.  I had a couple Pirates cards I didn't have signed by Giusti, so it seemed like a great excuse to send these in the mail as well. 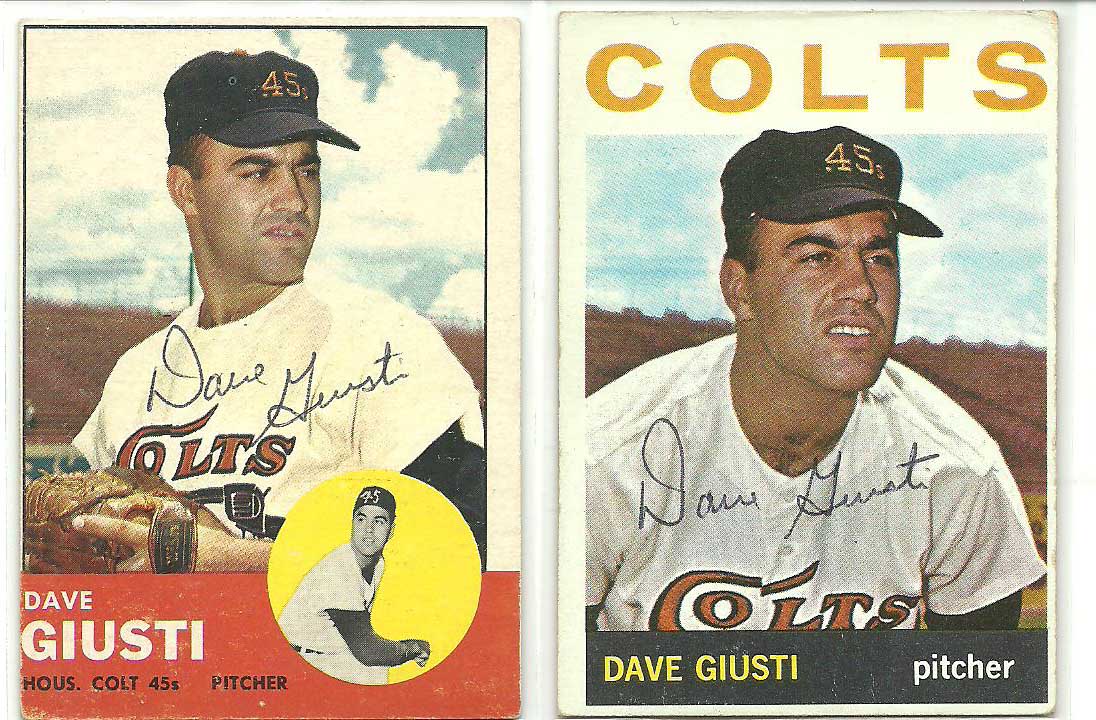 Being a jersey nerd, I really like the fact that his compact signature doesn't obscure the jersey in either of these photos.  It's certainly for the best that the team in Houston switched to a less...deadly...name, but like the Seattle Pilots, these cards are among my favorite oddball teams to get signatures of.
Posted by Mark at 9:49 AM