I'm posting the box results from the 11 box late 90's/early 00's group break individually.  I always try looking online to find box breaks of older products before buying them, and having each box in its own post should make it easier if anyone out there likes to do the same. 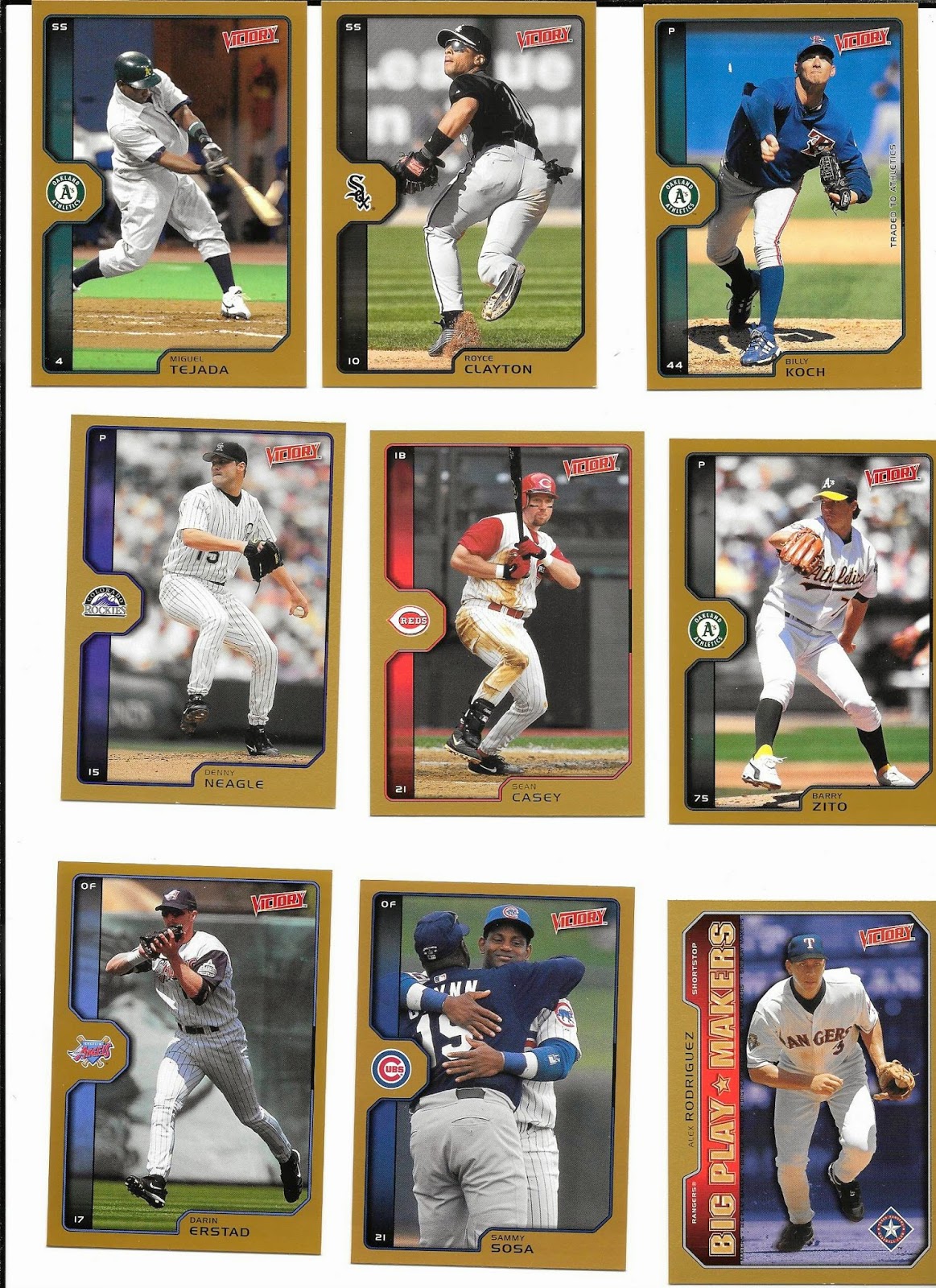 Upper Deck had some strange fascination in the early 2000's with making products with massive base sets with obscure parallels, and absolutely no other appeal in the set.  The result?  Either a ton of this stuff is sitting unopened, or in boxes in somebody's basement.

The box yielded these gold parallels at a rate of 1:2, and it held true to its word for most of the box.  The parallels were literally alternating in every other pack.  They're nice and tough to find.  I didn't hit any Pirates (there was actually only 1 Pirate parallel in the entire break), and quite a few of the golds we hit were of unclaimed teams.  If you find a stack of these in a dimebox somewhere, scoop them up without hesitation.  This may be one of the most under appreciated, sneakily-scarce parallels of the 90's.
Posted by Mark at 1:18 PM