I had a blast online last night with my team collecting buddies as we had our latest break.  4 boxes of Heritage, 2 of Donruss, and 3 Opening Day.  Opening Day was a little disappointing compared to previous years, but the hits more than made up for it. 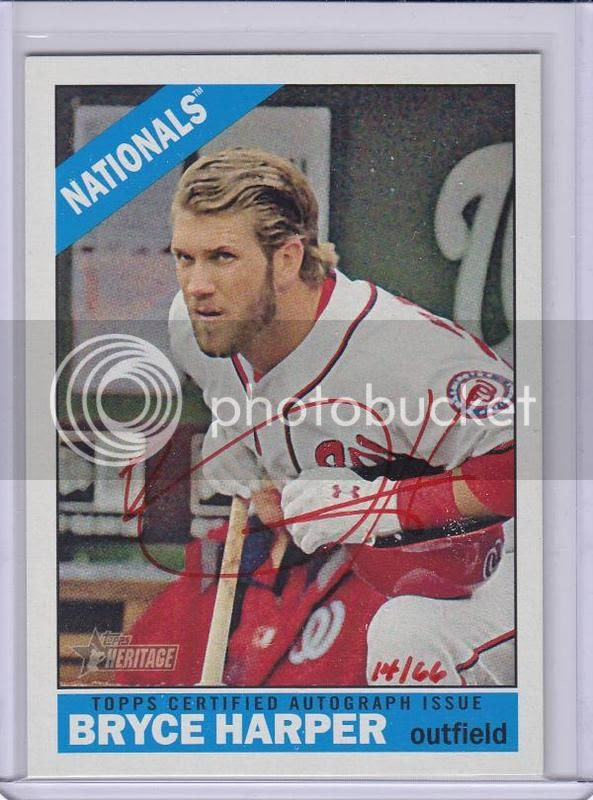 I'll just get the monster out of the way early.  We hit it in the first box of the night.  Talk about tough to beat.  The first box was better than some cases I've seen.

The Odorizzi is a gum stained variation.  We hit between 9-10 SP's in each box, including a few packs with 2 SP's in them.  I think that's just a little higher than the average odds.  And I luckily hit the Polanco SP, which is the only Pirates SP in the base set.  No luck on either of the McCutchen variants, though. 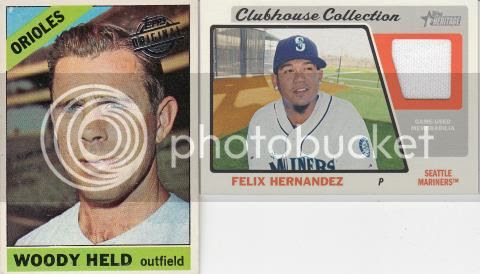 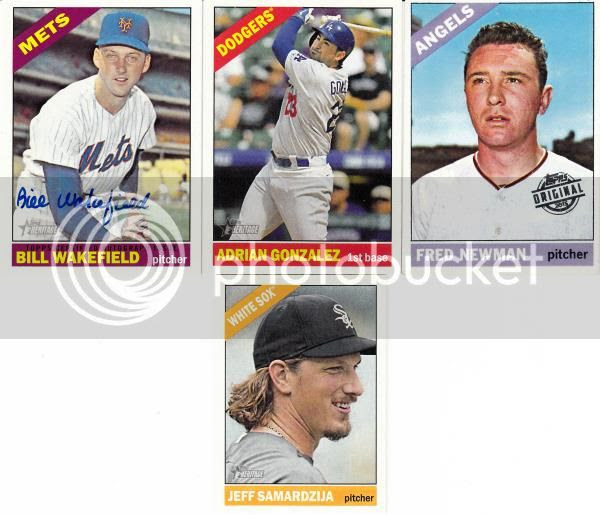 The Samardzija is a mini /100.  We had pretty nice luck, hitting three autographs out of 4 boxes.  I don't know if autos are more common than in past releases of Heritage, but it's definitely a nice bonus.

Not much luck for my Pirates, but it's always nice to see the hits spread out amongst the teams.

Donruss was one of my favorite breaks last year.  The set has a ton of serial numbered cards, some nice inserts, and a good number of hits per box.

There wasn't much love for the Pirates on the checklist this year, but we had a couple solid boxes.
Box 1 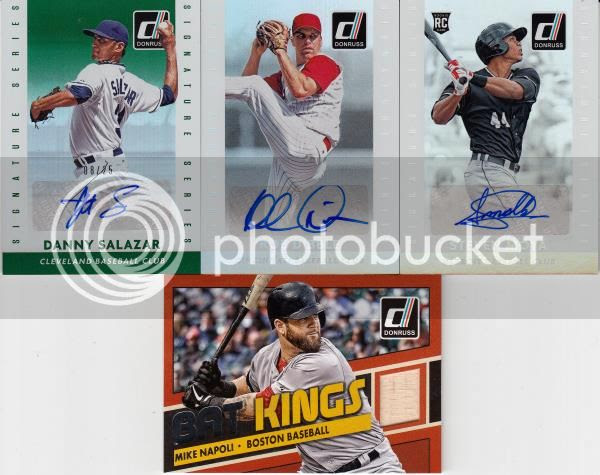 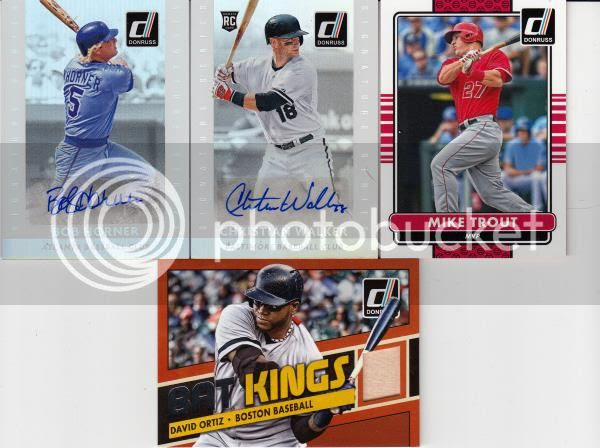 I was hoping to hit at least one McCutchen image variation, since he has them in all three products.  No such luck.  But I did hit a nice Gregory Polanco parallel /99 from Donruss.

And we had a ton of inserts from Donruss. 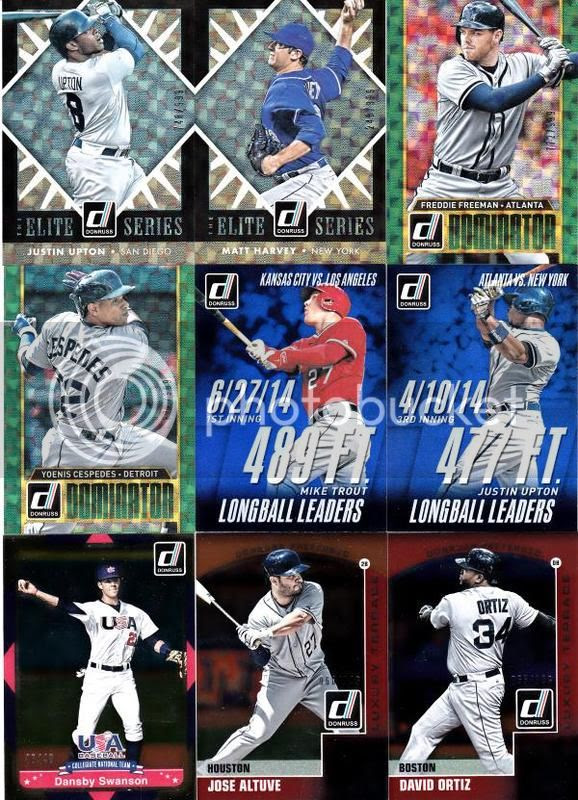 Opening Day was a big disappointment this year.  I don't like the blue rainbow foil nearly as much as the blue sparkle cards, they got rid of the serial numbering, and we only had about 3-4 blues per box.  I'm guessing they ramped up production this year, since I remembering hitting blues every 2 or 3 packs last year. 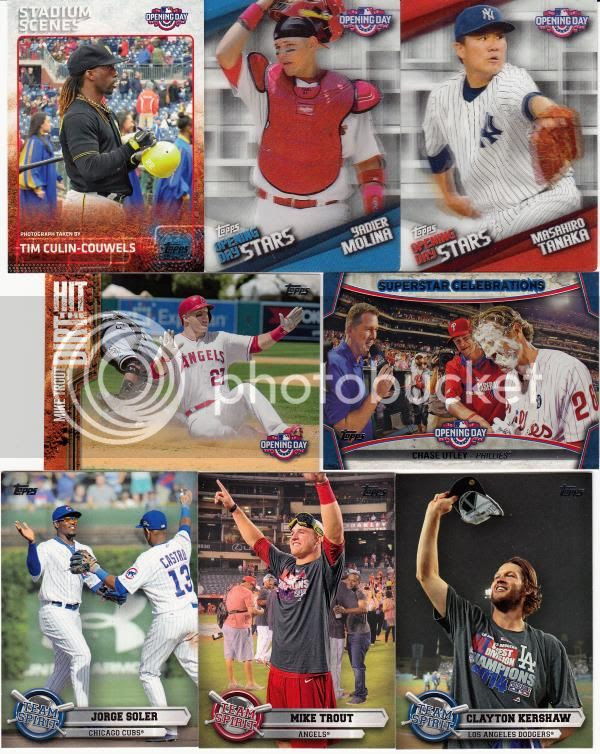 The inserts were pretty meh, and again not much in the way of Pirates.
But between all the boxes, we had plenty of inserts.  It seemed like things were pretty well split up among the teams, which is always nice for a group break. 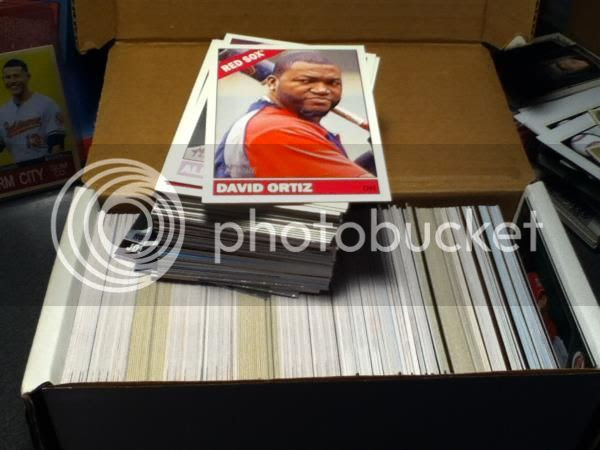 By the end of the night, we had a 400 card box filled with inserts, SP's, and parallels.  Not bad for a couple hours of breaking.

I'm looking forward to seeing what Pirates I got, and I'll have a highlight up when I get my cards in.