Probably my only complaint about 90's cards is the fact that the Pirates were almost entirely overlooked from all the great insert sets during the hobby's insert boom.  Not that I can really make a case otherwise.  Brian Giles and Jason Kendall may have warranted inclusion in a few more insert releases.  But for the most part, the Pirates didn't have the players worthy of being in a set of the 10 or 20 best players in the game.


Fortunately it was a different story on the football and hockey side of things.  For a while, the Steelers had the hottest thing in the hobby.  Slash was just...well, cool.  It seemed like he could just about anything on the field, and perhaps more importantly do it in ways that hadn't been seen before. 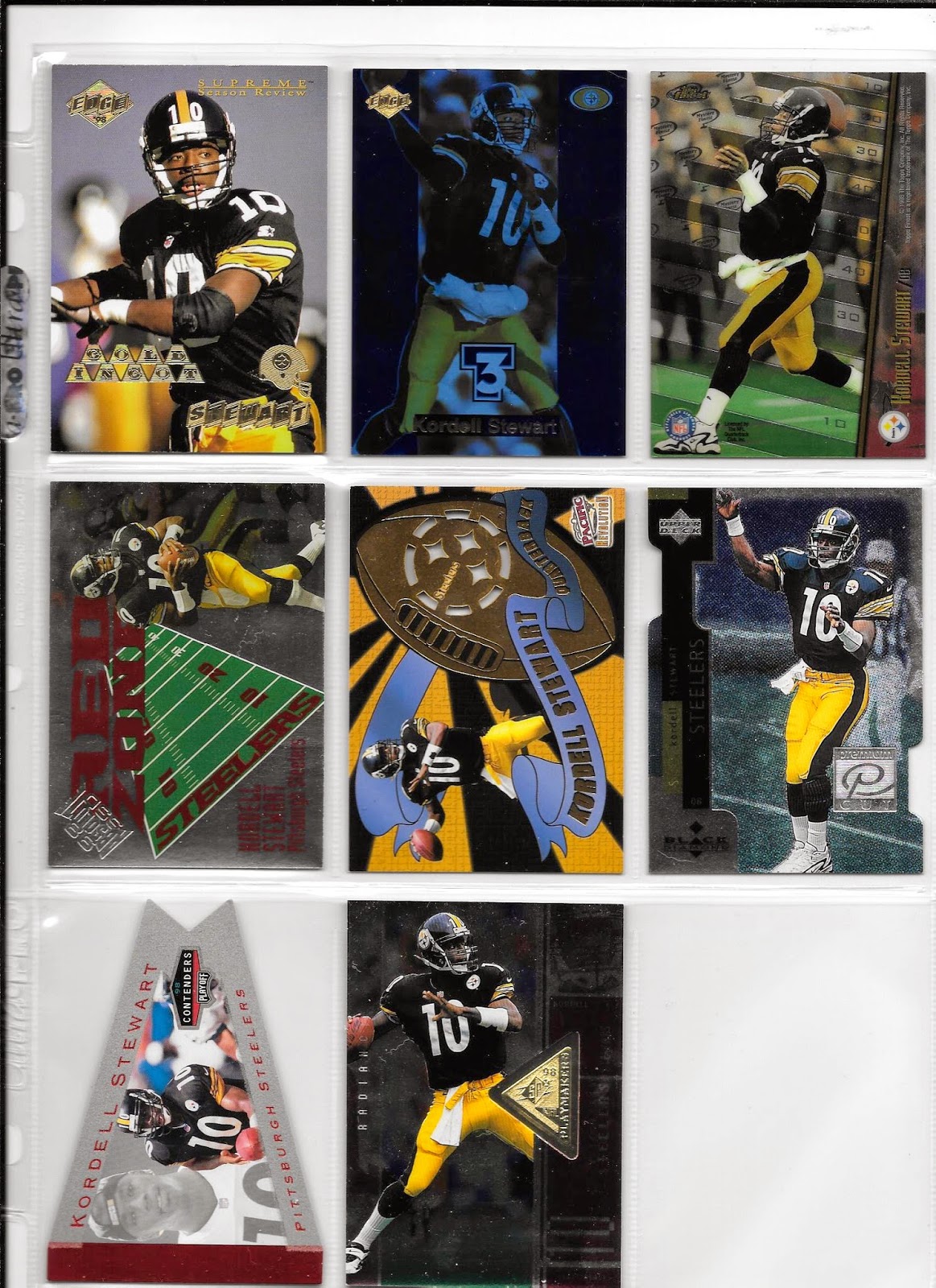 I decided to revisit my Kordell collection a couple years ago.  And by collection, we're talking the dozen or so cards I had pulled as a kid, including my treasured Stadium Club RC.  Some of the higher end cards still sell for decent money.  But with the insane number of inserts out there, there's plenty to chase that falls in my price range. 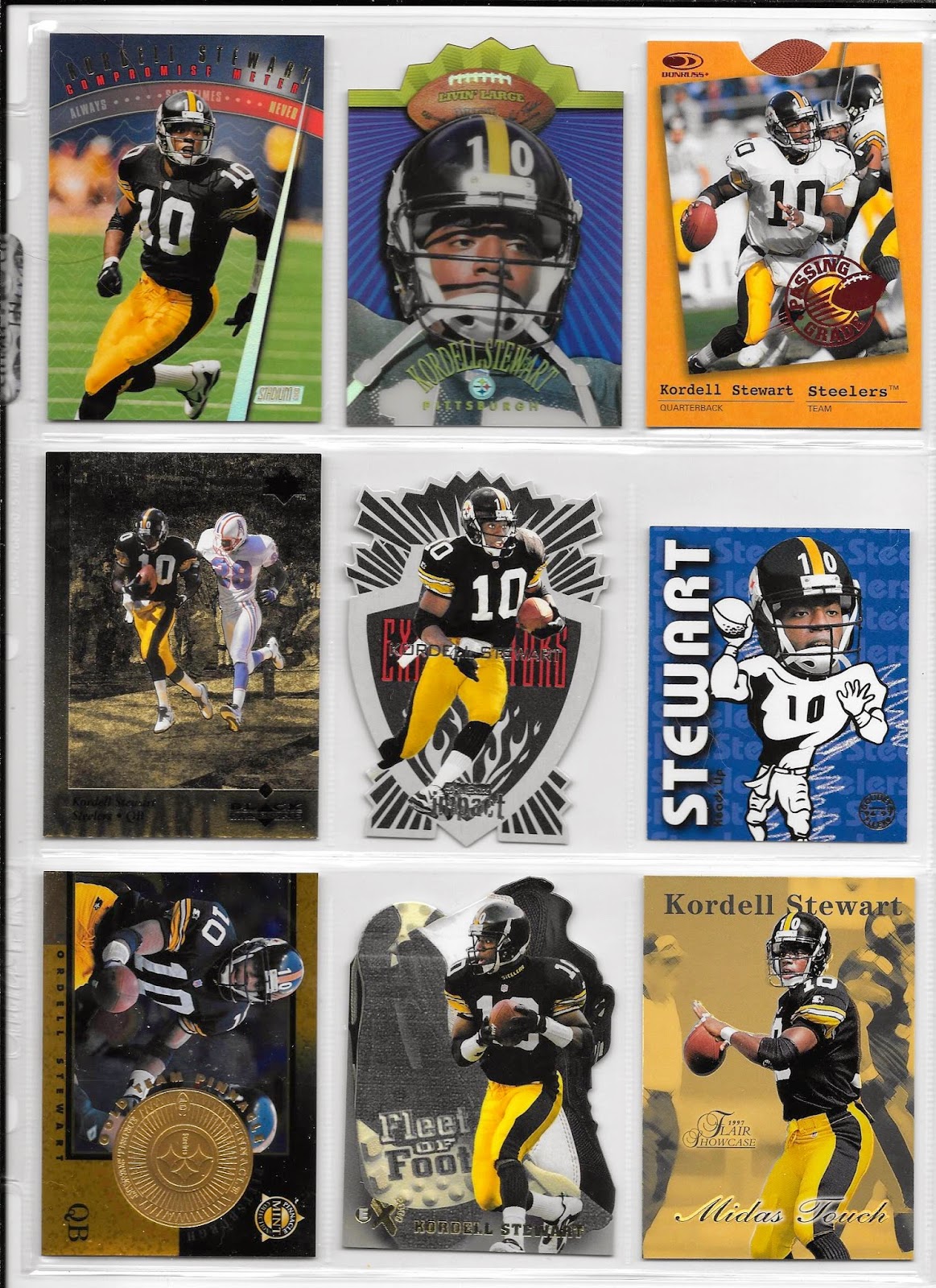 All these cards came from the card show last month.  Better yet, there were only $.25 each.  A few are numbered, and a few others are inserts that would have been considered a big pull back in the day. 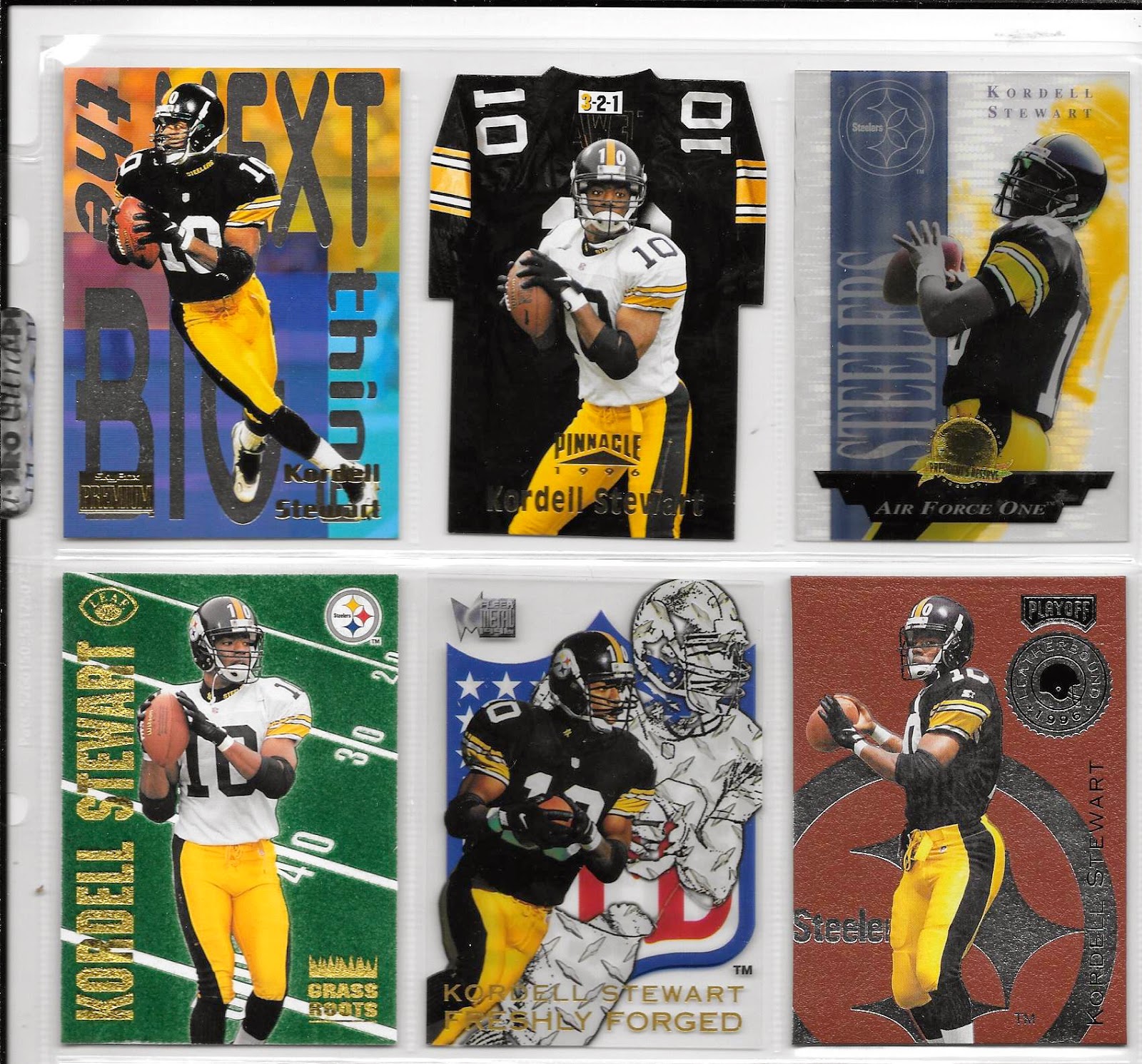 All the cards had price stickers ranging between $5-7, which I'm guessing would be about what they would have booked for in the early 00's.  The dealer said he had picked up a huge Stewart collection a couple years ago, and was happy to see somebody picking up the Slash cards.

Somewhere out there I'm sure there are some great Kordell collections sitting in boxes, collecting dust.  Hopefully one of these days I'll find them.
Posted by Mark at 10:00 AM