Grant Jackson had a pretty impressive track record in baseball, playing from 1965 to 1982 and winning a World Series with the Bucs in '79.  Despite retiring at age 39, Jackson apparently dusted off the spikes for another go-round in the Senior League in the late 80's. 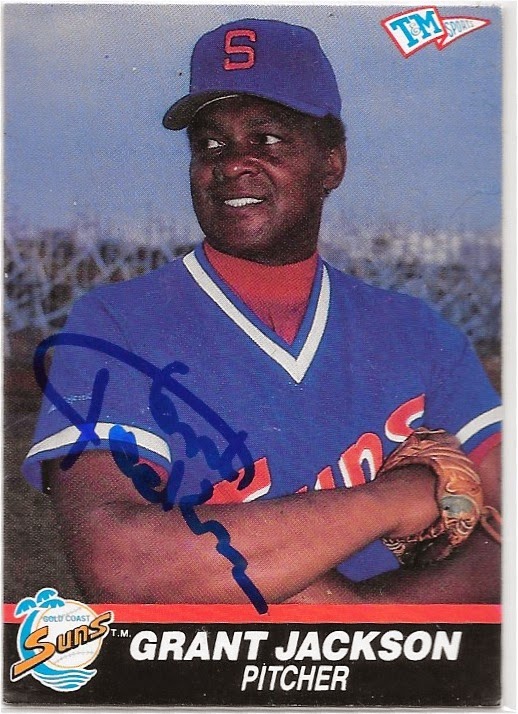 I still really like the concept of the Senior League, but maybe I'm just a sucker for nostalgia.  Either way, cards from the various Senior League sets are among my favorites to get signed.  The uniforms and logos fall somewhere between beer league and independent minor league.  Seems pretty fitting for the players they had in the league.