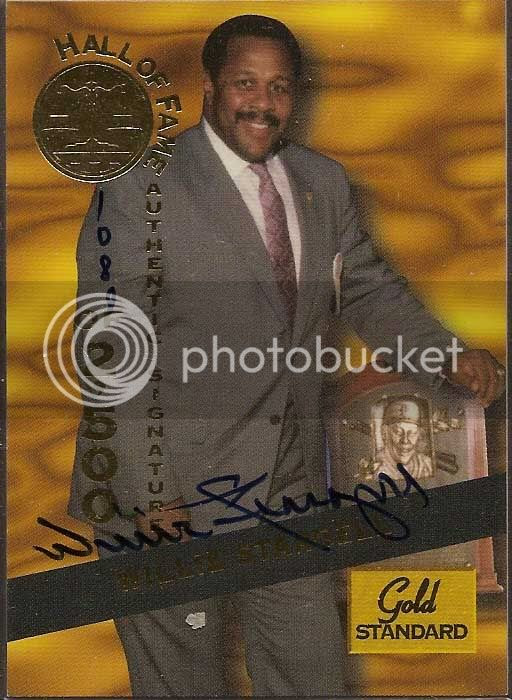 March 6th would have been Willie Stargell's 75th birthday.  Pops tragically died in 2001, at just 61 years old.  But even then, he left a trail of cardboard for his collectors to chase that remains strong to this day.  Despite being one of the franchise icons for the Pirates and dying before the autograph and sticker boom really came into full force, Stargell autos can be had for under $15, and even under $10 if you're particularly patient.  Admittedly, those are logo-less food issues.  A pack issued auto will run you a fair bit more, since Stargell's few pack issued autos came in some of the landmark autographed sets of the late 90's/early 00's.  But the point remains that despite dying at a very young age, a steady stream of autographs are available to collectors some 15 years later.

I started thinking about autograph supply when Fuji posted some great flea market pickups, including a pair of Bob Feller baseballs for $5 each.  Rapid Robert is well known for being one of the most prolific signers on the planet.  My lone Feller autograph came from a dime box.  And other of the game's immortals can probably be put on the same list.  Pete Rose autographs from Leaf routinely sell for about $10-15 a box.  Again, no logos.  But we're talking about the all time hit king, for better or worse.  Or look no further than the supply of Duke Snider stickers Topps continues to slide into new products.  The Duke of Flatbush was a great TTM signer for years, in addition to his certified autographs.

I think about a player like Jim Palmer.  Undoubtedly an all time great, he is still a ripe 69 years old, and as far as I know appears to be in pretty good health.  And he has been signing a steady stream of cards, stickers, and anything else since the early 1990's.  He is already one of the more common HoF signatures out there.  What could another 10-15 years of signing ultimately do for his market?

So it begs the question of what does the longterm autograph market look like for players whose entire career and post-career will fall into the autographed card era?  I'll exclude players like Frank Thomas, Ken Griffey Jr., Greg Maddux, etc whose careers were already well established by the time autographs became commonplace, and thus had their supply limited simply due to cost.  But even then most of them have already started popping up in recent Topps products.

Take a player like Albert Pujols.  His autographs still don't fall below $50 or so, and most push north of $100.  But Pujols could presumably have a steady supply of autographs from his rookie year until his death, hopefully well off into the future.   Even if he doesn't sign in Feller-ian quantities, I imagine there should be a plentiful supply out there to meet collector demand.

Of course it's impossible to predict these things.  Tony Gwynn was a fantastic signer throughout his lifetime, but his untimely death has left a far more limited supply. 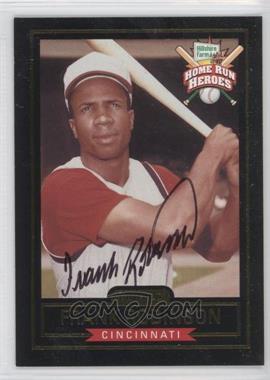 As a collector, I love the fact that you can get an autograph of some of the game's greatest players for $10, or lower.  I bought a Frank Robinson a few months back on COMC for a whopping $6.  It was a food issue card, no logos...but it was a Frank Robinson auto.  A guy who was an outstanding player and manager, and perhaps one of baseball's best modern ambassadors.  I'd love to live in a world where you can pick up even some of the HoF'ers who played during my lifetime for that kind of cash.  You'll hear those in the hobby to make a buck crying about over saturation, and losing out on profits.  But for the health of the hobby, for collectors, and for those of us who just flat out love the game of baseball, I can't see that becoming a bad thing.

Now whether today's athletes, anointed with multi-million dollar contracts from the day they are drafted and with agents continually telling them to limit what they sign so they can command top dollar will be as gracious and accommodating as the generations of stars that came before them?  Maybe I'm a bit more pessimistic on that account.  But I guess time will tell.
Posted by Mark at 11:28 AM