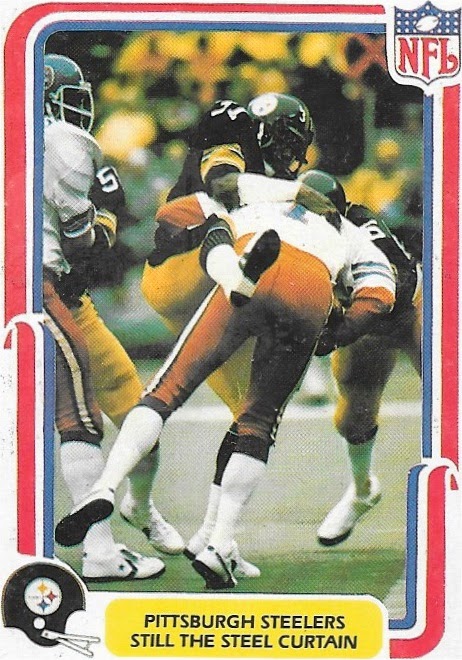 I was talking with Kate Sunday night, telling her about some of the cards I picked up over the weekend.  I mentioned a couple cards I had bought with the intention to resell and defray some of the costs of what was, for me, a rather lavish weekend in spending.  I was probably rambling on and on about how could somebody not realize how hard these cards to find, blah, blah, blah when she just looked at me and said, "You realize you probably know more about baseball cards than most of these people, right?"

And I had, frankly, never looked at it like that.  There ended up being a pretty interesting discussion in the comments of my last post about dealers at card shows.  I'm passionate about collecting, and the overall health of this hobby.  Heck, you have to love collecting to take the time and energy to write a blog dedicated to it.  But some part of Collecting Mark is still that teenage kid that assumes, or maybe these days hopes, that the people who take part in the commerce of the hobby have some greater knowledge about both the cards themselves and the buying and selling of them than I, Willie Lowman, Collector.

I guess experience should have taught my better by now.  I've dealt with plenty of dealers who, simply put, had no idea what they were doing.  Sometimes it's pricing, sometimes it's knowing what the card or how rare, and sometimes it's just basic people skills.  After all, all it takes is a couple boxes of cardboard and a few bucks in your pocket to set up at a card show.  It seems pretty foolish to assume that some of these guys have some greater Warren Buffett-esque understanding of the more intricate underworkings of the hobby finances.

But for as dissatisfied as I was with my card show trip Saturday, Sunday more than made up for it. 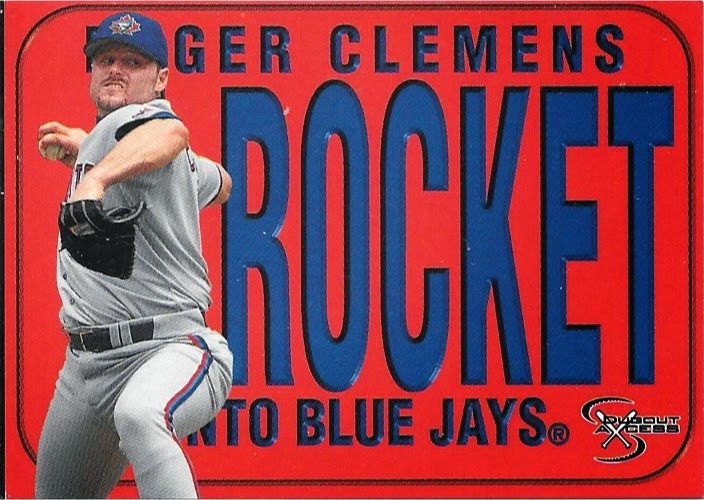 I woke up early, before Kate was even close to waking up, and headed up the road to the flea market card stand I discovered last week.  I'd be lying if I didn't say I had been looking forward to it since last week.  There were still so many boxes to dig through! 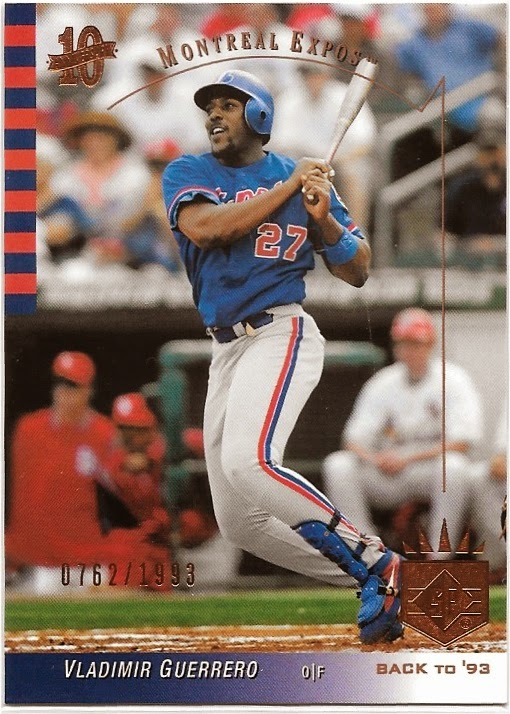 For all the things that the dealers did "wrong," walking into the flea market was the complete opposite.  Even early on a Sunday, the welcoming atmosphere I gushed about last week was still there.  Even though I had only been there for the first time a week earlier, and maybe we spoke directly for 30 seconds, the owner Ken immediately jumped into conversation.  He apologized for forgetting my name, but remembered every other detail that came up in conversation last week.

I have dealers I have been buying off of at shows regularly for more than a decade who act like they have never seen me before, let alone forget my name.  I found a couple new boxes, and dug in.  The conversation alone was enough to keep me coming back.  But the cardboard didn't hurt either. 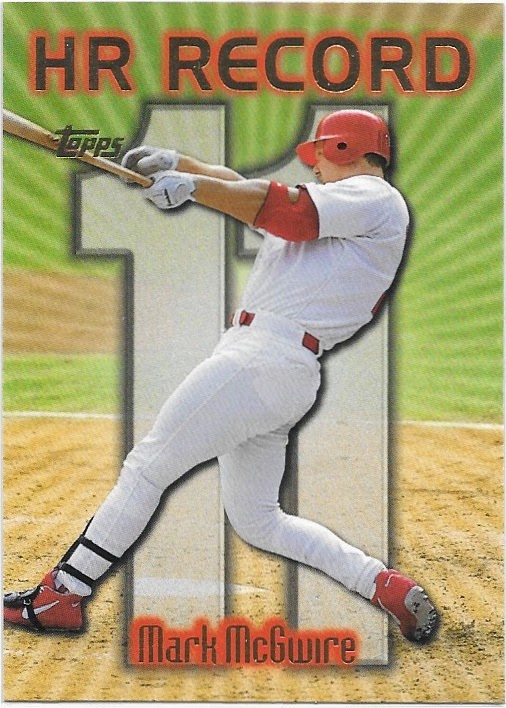 I started out digging in the $.25 box.  Or at least I thought I was in the $.25 box.  I started pulling out some really great cards for my collection, like the three above.  I found a nice stack of Vlad Expos cards, the newest addition to my on again, off again player collection.  And the McGwire home run card?  I remember when those were $10-20 cards. 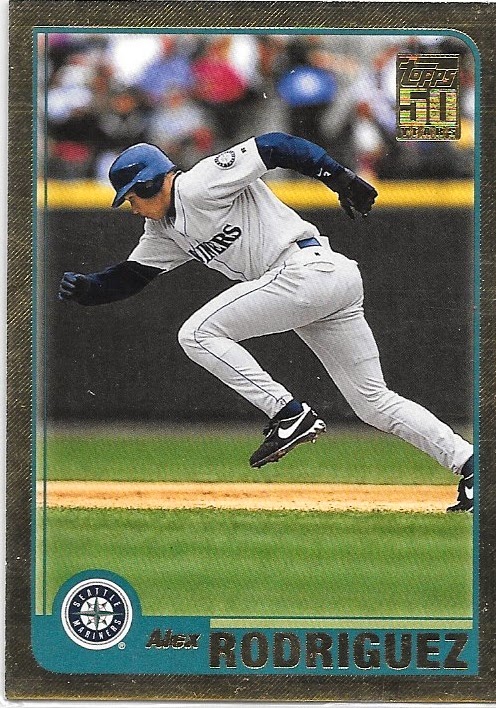 When I started finding runs of Topps Gold parallels, I had double check with Ken.  I didn't want to unintentionally rip the guy off if these cards had been mistakenly put in the wrong box, or if I was misreading the pricing.  Nope, 20 for a dollar. 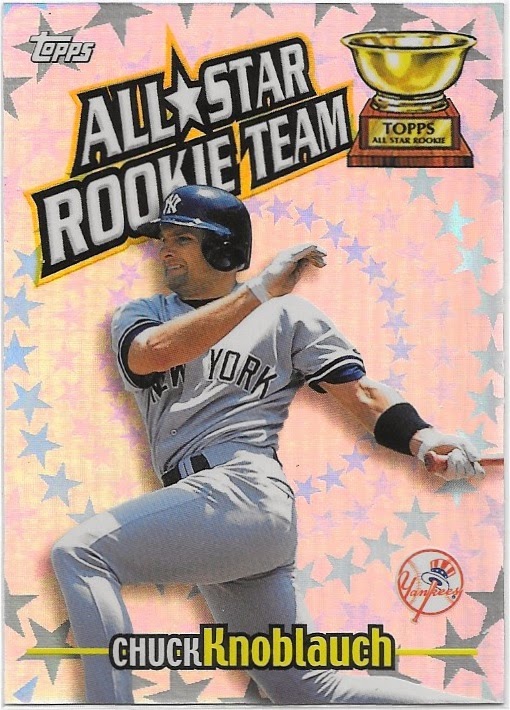 But that's the thing.  Ken and I shared pretty similar philosophies on collecting.   And it showed in the steady stream of people that kept filtering into the stand as it got a little later in the morning.  One customer noted, "There are more people in your stall than the rest of the flea market combined."  The math may have been a little off, but not by much. 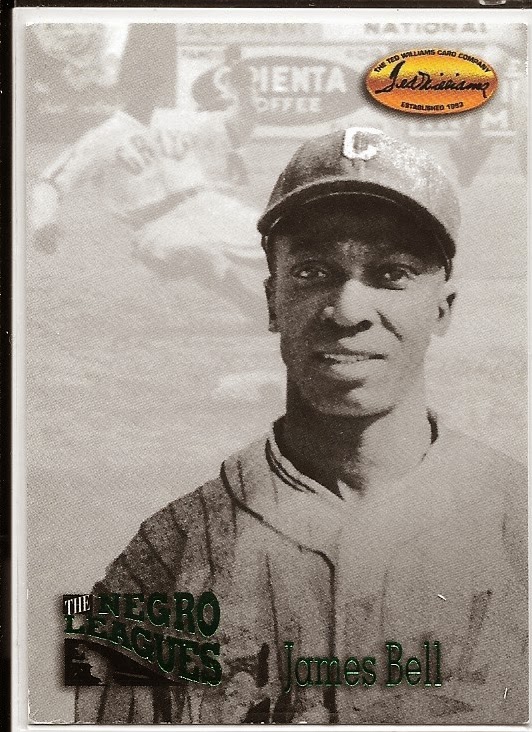 Every dealer has their own philosophies on collecting.  I can't necessarily say any one is right or wrong, simply that some line up more with my own beliefs and others less.  The "my card, my price" crowd aren't are certainly entitled to their opinion.  I realize some people do this as a business, and to them an extra dollar in their pocket is the ultimate end goal.  The road there matters little.  And perhaps that's just the way of the world.  But to every reaction there is an equal and opposite reaction.  And for me, there is no such thing as a "must have."  I've gladly walked away from tables that had a card or cards I really wanted, simply because I found the dealer to be an entirely unreasonable human being. 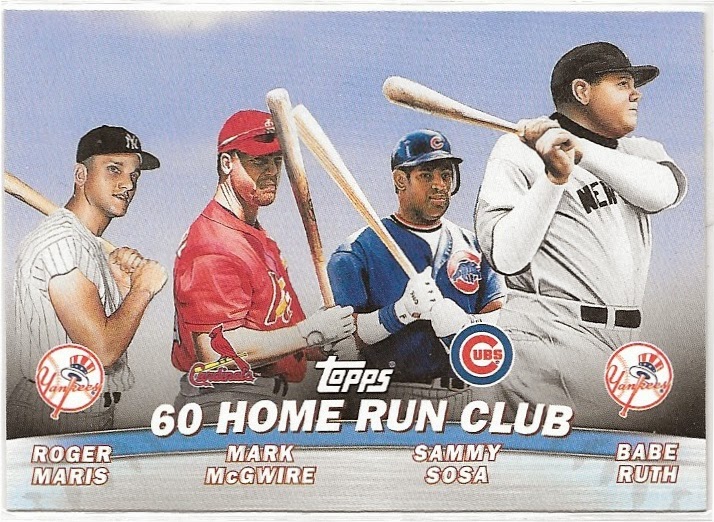 See, my dad has been in advertising for the better part of 50 years.  And whether explicitly or through simply observing, I have always been a firm believer that the way you treat people matters.  I'm sure some may disagree.  But the little things have always gone a long way with me.  Something as simple as a manager stopping over to ask how our meal was at a restaurant, or those little trays of cookies they put out at the bakery in the grocery store can be enough to win over my business.  And the stubborn Italian in me never forgets a bad experience. 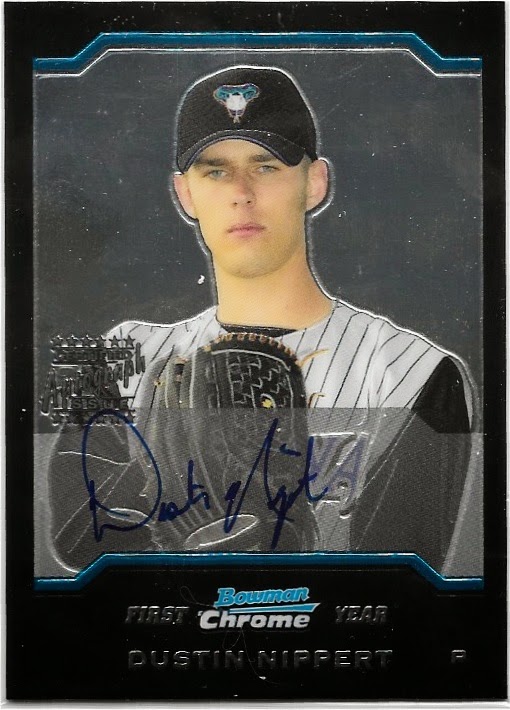 And one thing I can definitely say is that treating people well and pricing cards fairly was working out really well.  In the couple hours I was hanging around, there were probably $3-400 of wax broken.  It seemed like there was a pretty consistent crowd of regulars who stopped in, some just to pick up a few packs while others were there as long as I was, alternating between chit chat and grabbing a couple packs of Bowman Chrome or football products. 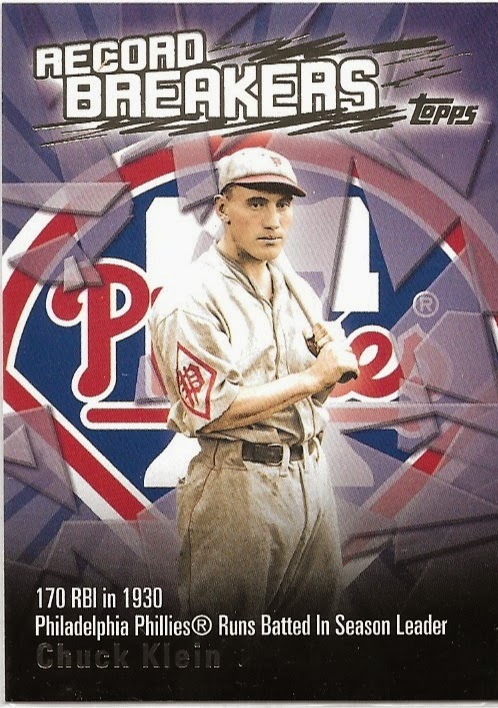 As my stacks grew, my biggest purchase was the Nippert auto for a whopping $.25 (actually $.20, since I found 5 cards for $1).  But the time spent talking about sports, the Pirates chances this year, and cards were better than anything I could pull out of a box.  And believe me, I was pulling out some great cards.  But it was the environment and the experience that stood in such stark contrast to the drab, deflated card show I had gone to the day prior. 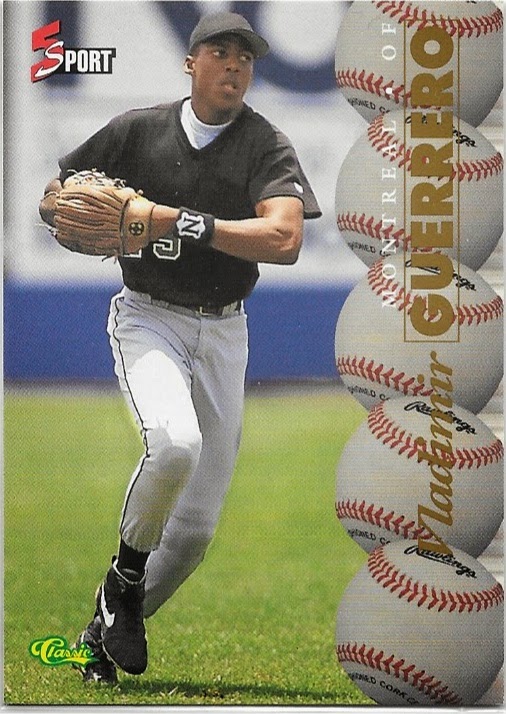 I've driven home the point enough times by now.  But if you grabbed someone off the street who knew nothing about sports cards and put them in the car with me Saturday and Sunday (we will, for the sake of this exercise, overlook the fact that kidnapping is frowned upon in our society) and asked them what they thought the health of the hobby looked like?  I think you would get radically different answers.

The mall show was half a dozen dealers, and half of those were north of 70.  The dealers outnumbered the customers, and in fact a couple had abandoned their tables and were working out deals with each other.  I was far and away the youngest person there. 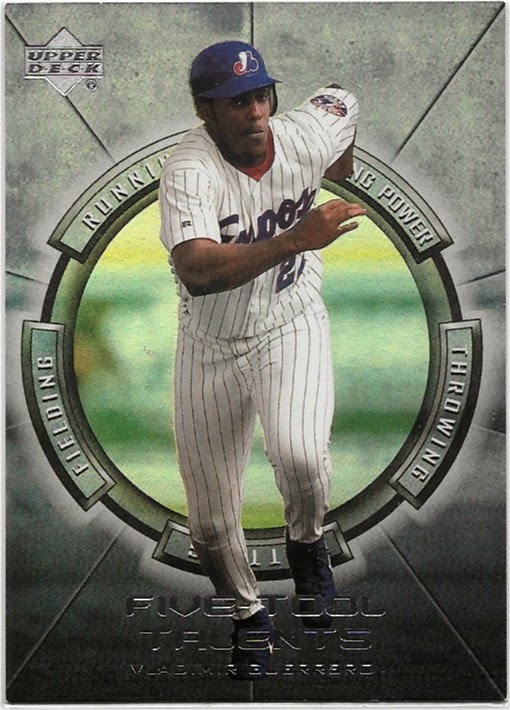 The flea market?  There were a couple other twenty-somethings or early 30's folks there.  Everybody was joining in the conversation.  Someone who had no knowledge of the state of the hobby or its ever shrinking economic footprint would probably think business was good.  And for this little slice of the cardboard pie, it is. 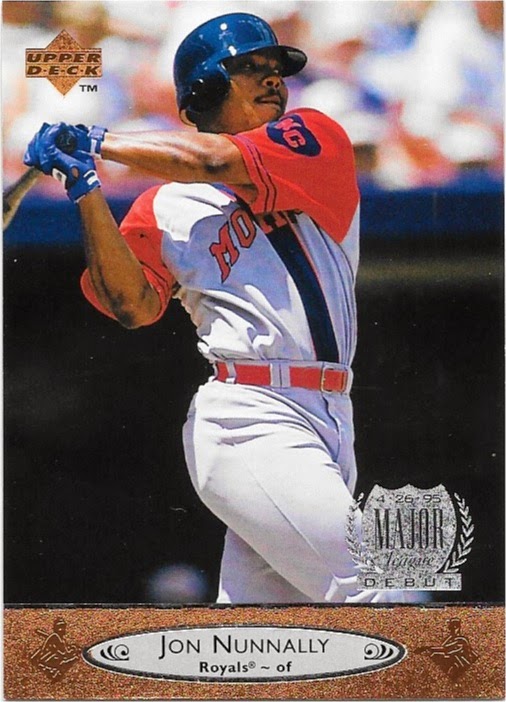 But enough about comparing apples and oranges.  The cardboard!  Between dime and nickel cards, my pile had started pushing 300 cards.  I decided it was time to cash out before I forgot how many cards I had or my precariously teetering pile took a tumble off the table.

The grand total for all that cardboard?  $10.  The prices were already dirt cheap - and then he knocked a few more dollars off the top?  I might be a little crazy, but I kind of felt bad.  As I said earlier, when I find a place that treats me well, I'm more than happy to give them my business. 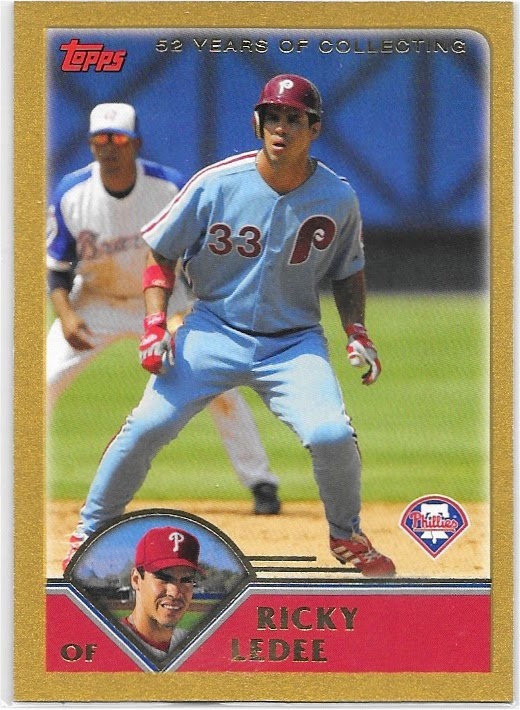 I'm not the "cash burning a hole in my pocket" kind of guy.  Kate's favorite adjectives to describe me are "cheap" and "tightwad" (I prefer "frugal").  But I still had cash in my pocked, and I'd be damned if I didn't find some way to spend it with Ken.  He had a small row of some Pittsburgh autos and game used cards.  Most of the Pirates were more common prospect autos that I already had.  But I did spot this nice looking Marte jersey/auto.  I figured it might be a little more than I wanted to spend, but was worth asking. 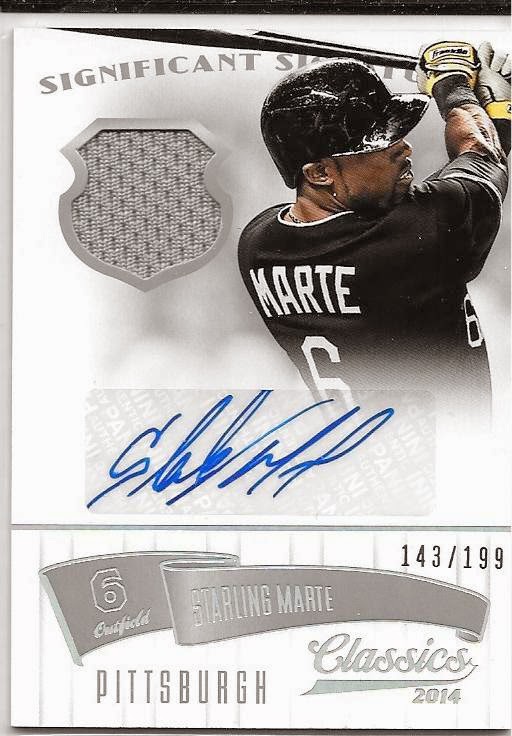 Well, sign me up.  This is only my 4th Marte certified auto, so it's a welcome addition.  I think it's also my first relic of his as well.


There wasn't much else that caught my eye, but I figured while I was on a roll I would ask the prices on a couple of the hockey cards.  I'm not a big Penguins fan, but I do enjoy diversifying my autograph collection from time to time.

Fleury has been a bit of a divisive figure in Pittsburgh sports since he reached the NHL.  I like watching the guy play, but I can understand how his occasional inconsistency can drive fans crazy.  But I have wanted an autograph for a while.  His prices have dropped a little bit, but I was happy to pay $10 for this card, which seems to be about as low as his autos sell for. 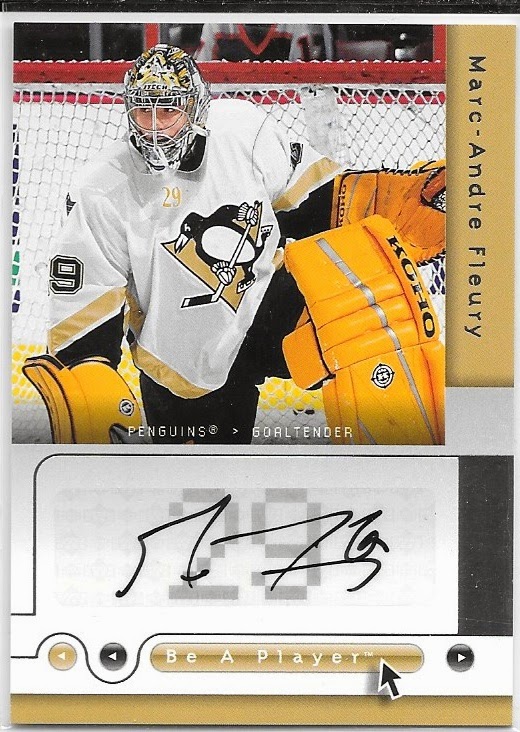 I came away with one heck of a haul, and I think Ken was happy to see that many cards go out the door since most of his customers seem to be the wax only types.  There was one other card that had me nearly salivating when I heard how much he wanted for it.  But I was out of cash, and it was already getting to be lunch time.  So the card is on hold for me, which will probably have to wait until the weekend after Easter.  But I think it's safe to say it will be one of the biggest non-Pirate cards in my collection.
Posted by Mark at 10:45 AM