Trading from the Dime Boxes 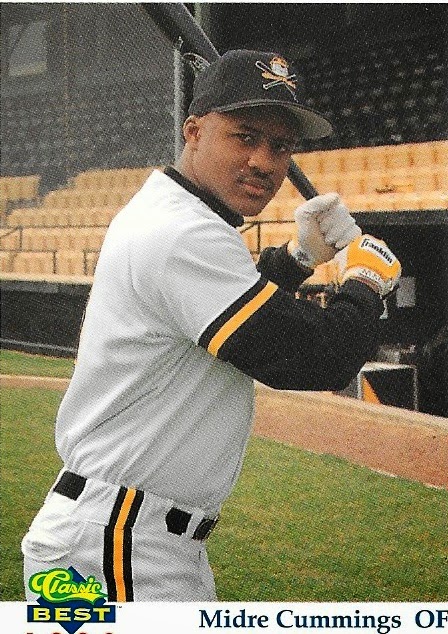 Nick's dimebox digging is well known throughout the blogosphere, and his blog has been right at the top of my "must read" list since I started blogging.

I don't trade very often these days, but I always have a stack going for Nick whenever I see something I think he'll appreciate.  I dumped a package of odds and ends on him the other week, and he returned fire with a real gem.

Without a doubt the highlight of the package was a team set of 1992 Salem Buccaneer cards.  I've been trying to pick up minor league team sets from Pirate affiliates whenever the chance arises.  Unfortunately the Bucs didn't have much star power coming through their minor league system for a long, long time.  Most of the good players they did have (Jack Wilson, Jason Bay, Brian Giles) were acquired via trade and spent little to no time in the minor league system.  For example Jack Wilson played a total of 60 games in the Pirates minor league system between 2000 when he was acquired from the Cardinals and 2001, but didn't have any team set cards in either year.  He did pop up in two Altoona Curve best of sets later in his career.

But the point remains...there weren't exactly a lot of people rushing out to buy these team sets.  The big card in this set?  Midre Cummings.  He looked like a pretty good outfield prospect, but never was able to put it together at the major league level. 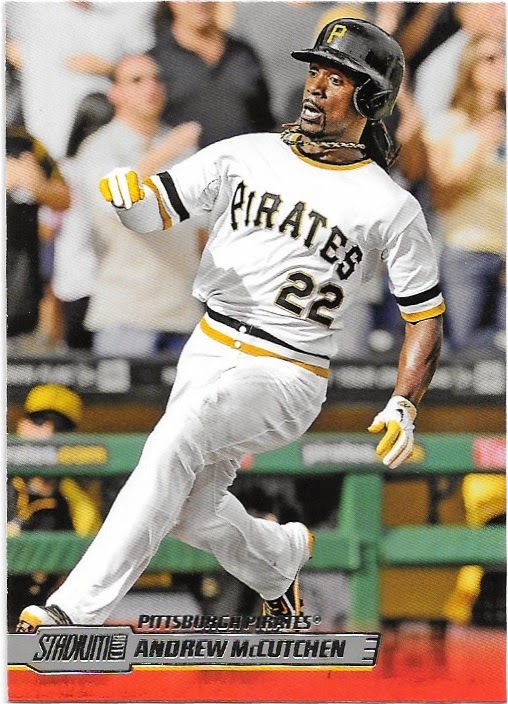 Nick always does a great job hitting cards I don't have.  When you're marching towards 15,000 different cards, chances are just as good that I will already have a copy (or ten) as they are that a card will be new to me.  I don't know if Nick was kind enough to take the time to look through my list of cards I already have, or if we simply have some dime box ESP connection.  Either way, he nailed it.  Despite opening 4 boxes of Stadium Club (2 group break boxes, 2 myself), I was still somehow missing both the McCutchen and Polanco base cards.  Cross one off the list.  Now I just need to find another copy for my set. 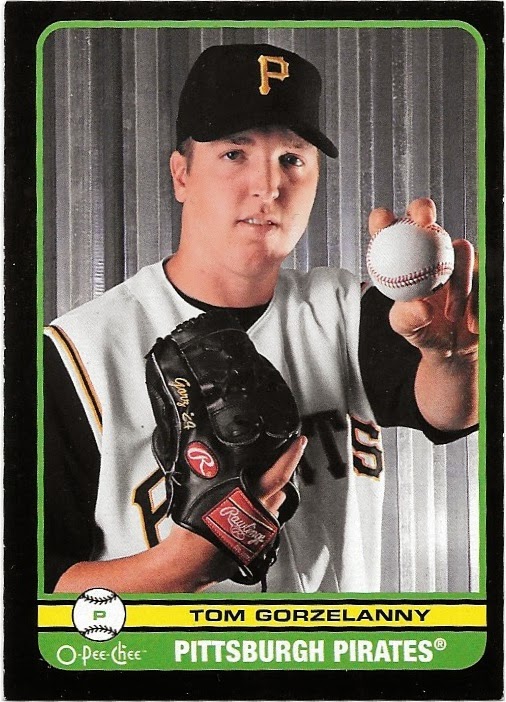 When it comes to 1/pack parallels, it's a safe bet I might need them.  They're a real pain to put together, especially they typically come in lower end products that aren't widely busted by dealers.  I'm still only about 1/3 of the way done with the OPC black parallels, though they're one of the nicest in recent years. 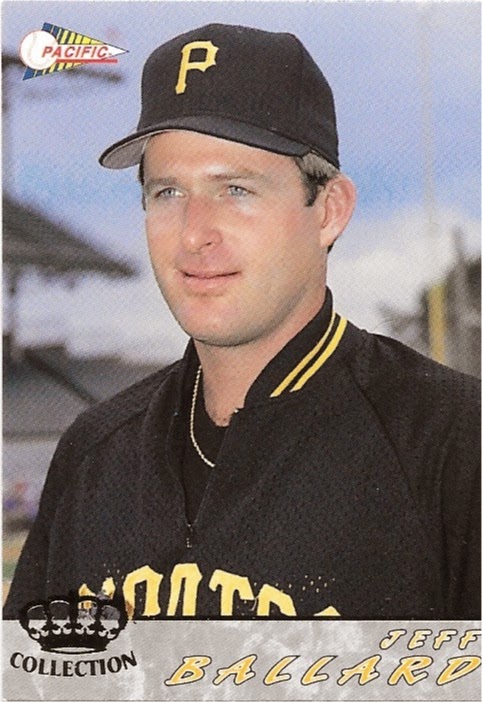 Speaking of tough to find, this is the second Pirate card from 1994 Pinnacle I have.  It's a pretty fun looking set, but I have absolutely no idea why this product is so tough to find.  Maybe a bunch of it never moved east from the west coast? 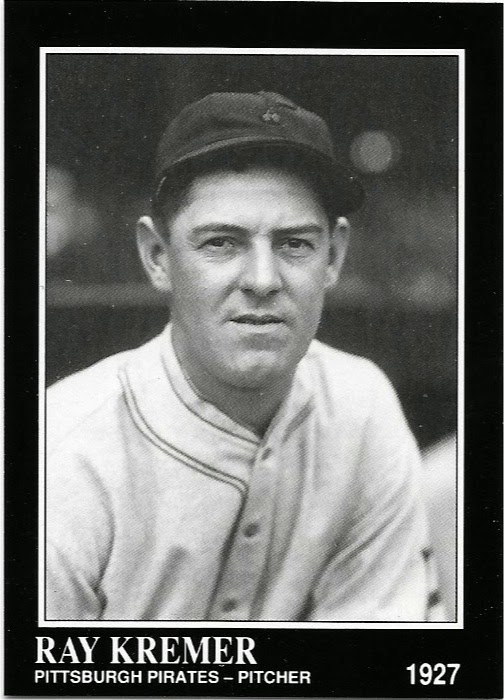 You can never go wrong with a Conlon card. 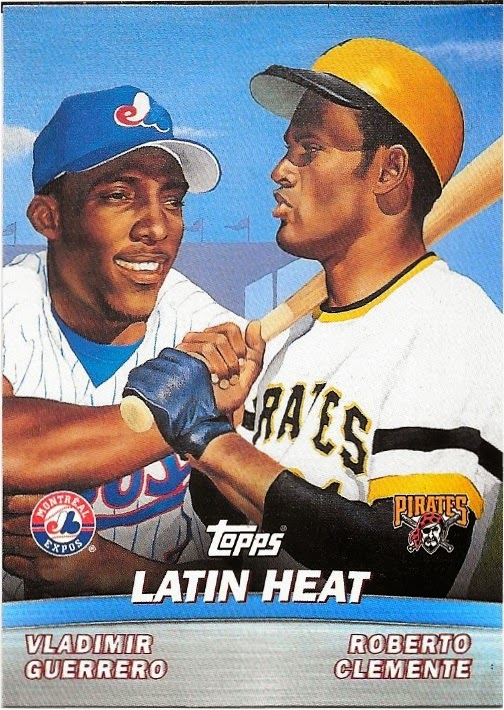 Or a Clemente for that matter.  The painted Combos sets in 2000 and 2001 were some of my favorite inserts of all time. 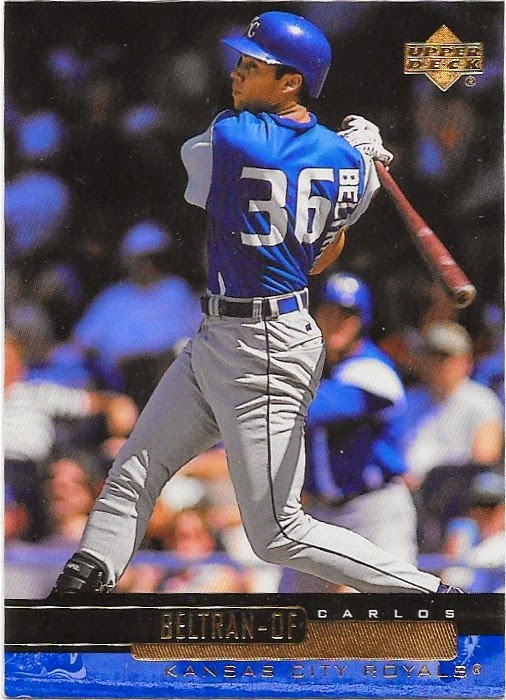 And Nick topped off the package with a pair of Royals in their Turn Ahead the Clock jersey.  Most consider these works of an art to be an abomination.  Me?  Well, I think my phrasing there makes my position pretty clear.  I love that this Beltran features the back of the jersey with the sideways nameplate.  Pictures from these games are nearly impossible to find. 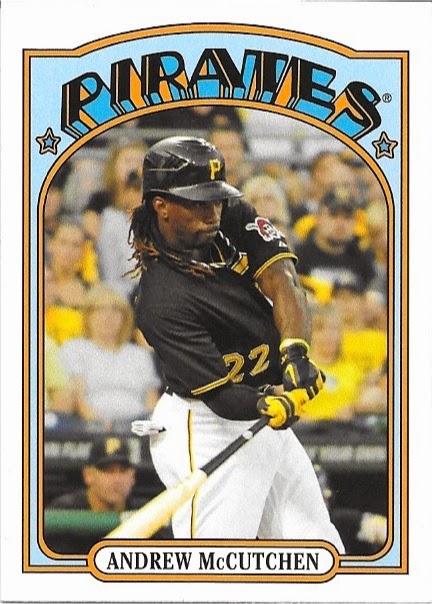 It's always nice to have a trade partner who has similar collecting interests.  Nick always seems to hit the perfect balance in his packages, and I hope I do them justice on my end. 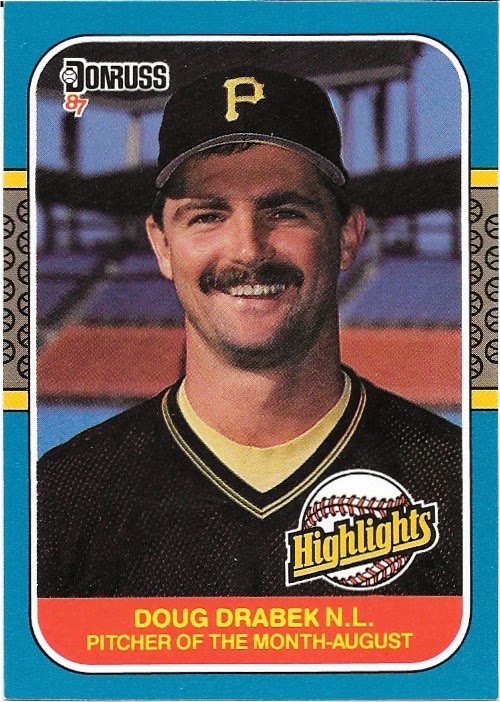 Life has been a little more hectic lately.  I try to carve out time to write my own posts and to read the bloggers on my reading list.  But there just hasn't been much time to strike up trades, or even to discover new blogs.  I can't tell you how many times I've seen a trade post on a blog I follow from a blogger I've never heard of, only to discover they're been around for some while.  Of course I promptly toss them in my reading list, but it's those less obvious demands of time and energy when it comes to blogging that have simply fallen by the wayside lately for me.

Hopefully I'll get back into the swing of thing sooner than later.  In the mean time, I'll stick to dropping bricks of dime cards on people.  Thanks again for the great additions, Nick!
Posted by Mark at 12:29 PM